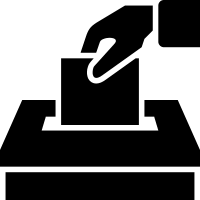 Below are straight FACTS. These facts render only one conclusion: that widespread voter fraud existed in each contested state (PA, WI, MI, GA, NV and AZ), wherein there was far more than enough fraudulent votes in each of these states to definitively change the purported “certified” election results from Biden to Trump. Here it goes, using Nevada as an example (noting that each of the aforementioned other states has the exact same type of swing):

In Nevada, Joe Biden allegedly won the state by 33,596 votes, yet there were over 130,000 FACTUALLY fraudulent votes cast, as follows (of course, there were more, but these are undisputed by all parties):

*8,000 voters had a nonexistent address

*15,000 voters had a commercial or vacant address

There is no legal – or commonsense – response regarding why these factually fraudulent votes do not, in and of themselves, overturn the election results. People ask: then why have supposedly 59 of 61 court cases brought on President Trump’s behalf been dismissed? The answer is one that is rooted in manipulation/false reporting and legal ignorance:

ALL of those cases were dismissed on procedural/technical grounds – and not on the basis of the review of evidence; in fact, in ALL of these cases, no evidence was reviewed at all. The courts punted, refusing to evaluate ANY numbers, stats, or substantive evidence at all. These courts dismissed the cases on legal technicalities such as “standing” or that other governmental bodies (such as election boards) had already purportedly made decisions regarding the vote tallies. Of course, as a matter of law, no “other governmental bodies” have the constitutional authority to make any decisions pertaining to the time, place and manner of a presidential election; that authority rests solely in the discretion of state legislatures (which is a separate, distinct legal reason why the election results must be invalidated in these six states).

Simply, the courts, to date, have refused to evaluate the evidence of fraud – and that’s a fact. Perhaps, the U.S. Supreme Court will select a case(s) to review the evidence, wherein it may overrule the alleged election results in favor of President Trump. Alternatively, the U.S. Supreme Court may leave that task (and corresponding decision-making process) to Congress and/or the state legislatures. All that said, the statistical facts do indeed exist—and they are now quickly being rolled out to the public through congressional and state legislative hearings.

Following is another very inconvenient, rather crappy FACT for the Biden-sters:

On Monday, a Michigan court released a previously suppressed expert report that uncovered that the 16 Dominion voting machines utilized in Antrim County had a 69% error rate, which translated into over 6,000 votes being switched from Trump to Biden; this, in turn, initially led to a purported “win” for Biden in that county. The machines were then confiscated, wherein it was revealed that this massive fraud had occurred. The report, which was drafted by former CIA, DHS and Secret Service officials, concludes that the machines were purposely designed to create such errors. If this sounds alarming, the below will sound even more alarming:

Upon these 16 machines (from just one county) being confiscated, on December 1 Michigan Democrat officials ordered that all 83 other county clerks delete all election data and software held on Dominion machines. Prior to that, when data from these machines had been sought, mysteriously, all Dominion logs in Michigan had been lost or scrubbed clean (since 11:04pm November 4, 2020). But Biden-bidders think people are idiots, telling people that they must believe that no illicit algorithms existed. Maybe, just maybe, where there are mushroom clouds of smoke, there is fire…As an aside, the legally acceptable error rate in voting machines is .0008%; thus, a 69% error rate is, well, astounding.

A few other facts:

In many city precincts, in the key battleground states, 200%, 300%, 400% – and greater – of registered voters cast ballots. Elementary school mathematics explains that 101% of people voting (or doing anything for that matter) is impossible because there is no such phenomenon as 101% of people, much less 500% of people. Accordingly, these voting irregularities constitute prima facie fraud.

Another mind-boggling set of numerical facts that might make one ponder a bit:

Hillary Clinton (in 2016) outperformed Joe Biden (in 2020) in nearly every city in the country – except Philadelphia, Detroit, Milwaukee, Atlanta and Pittsburgh. These very rare Biden-municipalities, very ironically, are the big cities in the battleground states (the exact places he needed to win in order to be victorious in the election). Commonsense dictates that such fortuitous, surgically exacted results make absolutely no sense. It just so happens that voters in the oh-so-important cities of Philadelphia, Detroit, Milwaukee, Atlanta and Pittsburgh like Biden a lot more than Clinton – but nowhere else in the country? If that question is confusing, things do start becoming clearer, though, when one adds in factors like (1) a USPS truck driver was ordered to pick up over 100,000 ballots in New York and transport them to Pennsylvania and; (2) a video showing a scant crew of Democrat “ballot counters” in Atlanta pulling out suitcases filled with ballots in the middle of the night (after all the Republican election workers were sent home because of a “water main break” that never happened).

Oh, a few other FACTS:

Over 650,000 ballots were counted in Philadelphia without oversight by GOP poll watchers permitted; other battleground states’ urban areas had similar unlawful circumstances beset upon them.

How easy would it be for people to commit fraud in states where ballots were – without the request of the voters – mailed en masse to EVERYONE? In voluminous circumstances, people received two, three, four, five and more ballots. Ballots, in massive amounts, were mailed to homes where people had long-since moved. Ballots, in great figures, were mailed to people who had, sadly, passed away. Ballots, in substantial numbers, were mailed to people who weren’t registered voters (including illegal immigrants). In multiple states, the ballots were stripped from the envelopes, with no envelope signature checked against the registered voters’ signatures. With no signature verification, it’s just plainly obvious that fraud can extremely easily occur. For, how do you know who sent in the ballot if the election worker has no credible, verifiable mechanism to verify who the ballot came from? And once the ballot is separated from the envelope, one can never again match them up.

Even in the states where signature verifications are required – and where the ballots actually must be requested – mail-in ballots can still be ripe for easy, successful fraud. This is the case where certain states have feigned “signature verification” requirements. It goes like this: (1) a phony voter, let’s say “Archie”, can request a mail-in ballot for a real registered voter, let’s say “Jeff”; (2) Archie signs off for the ballot, using Jeff’s name; (3) when Archie mails in the ballot, Archie signs the envelope, again with Jeff’s name; and (4) when the envelope and ballot arrive at the board of elections, the election worker looks to match “Jeff’s” signature on the ballot request document with “Jeff’s” signature on the envelope that carries the ballot. Of course, this process is worthless, as the fraudster (Archie) who signed Jeff’s name on the ballot request document is the same fraudster who signed the envelope carrying the ballot. If the goal of the signature verification was to prevent fraud, the rule (as it is in most states) is to match the signature on the envelope with the registered voter’s signature on his original voter registration documents. A thought to consider: why would Democrats want such a flawed system, where fraud can be so easily perpetrated?

Another thought to consider:

If one reads this article – and ignores, dismisses or otherwise denies the FACTS – still trying to argue that widespread election and voter fraud hasn’t occurred (to the level that the vote tallies in those battleground states should switch from Biden to Trump), what do you call those people? Archie?

Kenneth Del Vecchio is the author of some of the nation’s best-selling legal books, including a series of criminal codebooks published by Pearson Education/Prentice Hall and ALM/New Jersey & New York Law Journal Books. The legal editor and on-air legal analyst for Quick Hits News, Mr. Del Vecchio has appeared as a legal/political analyst on hundreds of shows on multiple other major news networks (Fox News, i24 News, Newsmax). Mr. Del Vecchio is also an acclaimed filmmaker who has written, produced and directed over 30 movies that star several Academy Award and Emmy winners and nominees. His films are distributed through industry leaders such as Sony Pictures, Lionsgate, NBCUniversal, Cinedigm, and eOne Entertainment. He has starred in numerous movies, as well. A best-selling political thriller novelist, he penned his first published novel at only 24-years old. Additionally, Mr. Del Vecchio is the founder and chairman of Hoboken International Film Festival, called by FOX, Time Warner, and other major media “One of the 10 Biggest Film Festivals in the World.”  He also formerly served as the publisher and editorial page editor for a New Jersey daily newspaper. A former judge, Kenneth Del Vecchio is also a former prosecutor and, currently, a practicing criminal/commercial litigation attorney for 25 years, wherein he has tried over 400 cases; he is partner in the prestigious law firm, Stern, Kilcullen & Rufolo.