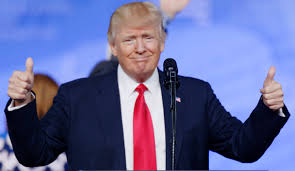 The 2020 presidential election has been the most irregular election in the history of the United States. Arguably, some very clever, fanciful evildoers have extrapolated mega-hysteria from a disease equivalent to the flu, as the centerpiece of an illicit plot to rig the results in favor of Joe Biden. Without the manipulative usage of the coronavirus fearmongering, the election would have occurred in its usual, longstanding manner: the vast majority of the voting happening in-person at polling stations. Instead, scores of people were frightened, via devilish trickery, into believing that it was dangerous to vote in person – because of the coronavirus. This farce has led to an extraordinary list of problems that is calling into legitimate question the efficacy and credibility of America’s voting processes.

It is unsound, if not completely silly, to blindly accept that the vote counting has been an honest process. Indeed, it is patriotic to inquire, investigate, and initiate lawsuits to determine if fraud has been perpetrated against the voters; the evidence, no doubt, is bountiful in showing that there has been massive fraud, in numerous different manners, in the vote-taking and vote counting. Although many may not understand it – and some of the tricksters are trying to downplay and/or delegitimize it – this factual evidence, along with square legal issues, will be evaluated in the courts. As this process proceeds, many lower courts will be hearing arguments, but, ultimately, it will be the nation’s highest court, the United States Supreme Court, who will be deciding the winner of the 2020 presidential election. Much to the dismay of the Democrats and their entrenched allies (the mainstream media, big tech, Hollywood, the deep state, and the so-called academic elites), President Trump will most likely succeed.

The trend in the ballot counting has been highly troubling and alarming—and it raises several valid legal and evidentiary questions. President Trump initially had a very sizable lead in multiple key states (WI, MI, PA, GA), with a substantial percentage of the votes counted. Then, suddenly, the vote counting went dark; it, literally, stopped wherein either very little votes (or no votes at all) were counted for quite some time. Miraculously, after the deafening silence in vote counting, there was an enormous shift in the vote tallies, with Biden emerging as the leader.

The liberal pundits have openly, if not gleefully, stated the root cause of this strange trend: it is because of the purported “mail-in” ballots, which have skewed heavily in favor of Biden. The Democrats shouldn’t be so excited about this phenomenon, however, given that it showers their candidate with numerous legal pitfalls which, in the aggregate, may be insurmountable. An array of facts demonstrate that voter fraud was weaponized and executed through the exploitation of the mail-in voting system. Here are some salient factual problems with the mail-in voting system that, shortly, will be under review by the U.S. Supreme Court:

Mail-in ballots, in massive bulk numbers, that suddenly just arose, with no indication of their origins.

Mail-in ballots where, at certain points, Democrat officials have announced that there are (way) more than originally thought.

Mail-in ballots, in huge batches, that somehow all go to one candidate (e.g., 138,000 to Biden and zero to Trump) which is, of course, statistically impossible.

Mail-in ballots where, en masse, Republican poll watchers have been forbidden to oversee their counting.

Mail-in ballots, in great numbers, from deceased people or those who no longer live in the state.

Mail-in ballots, in large batches, that are attributed to the wrong candidate by faulty software.

Mail-in ballots, in significant groups, that arrive after Election Day.

Mail-in ballots accumulated from postal workers who were ordered to back date them, so they would erroneously appear to have been timely submitted.

Mail-in ballots, in the millions, that list only a vote for Biden (and no other candidates.

Mail-in ballots, in monstrous figures, that are fraudulent on their face because they are missing the necessary water mark.

Mail-in ballots – in huge, incalculable numbers – where it cannot be determined where they came from (once they are removed from their arrival envelopes, they are impossible to track – who knows if they ever came in envelopes in the first place).

In short, mail-in ballots present voluminous opportunities for mega-fraud, as is quickly unfolding – and the same is supported by substantial evidence. This all renders one important result: the “calling” of the election by the Democrat operatives and their cohorts, at least at this stage, is completely meaningless. Joe Biden, currently, is indeed not the President-Elect; he is still just a candidate. The U.S. Supreme Court, in due course, will be determining this election’s fate.

The Court will evaluate all the above-described evidence of voter fraud. The justices of that highest court will also resolve straight legal issues. For example, it is quite likely that all Pennsylvania ballots received after 8:00pm on election night will be disallowed. This is because the Pennsylvania State Supreme Court acted in violation of the U.S. Constitution when it erroneously ruled that the state could accept ballots for three days after the election. This is actually a simple legal issue:

That state court erred because the U.S. Constitution unambiguously and unequivocally only permits state legislatures – and not state courts – to enact, void, or modify voting laws within their states. The Pennsylvania Supreme Court, for some inexplicable reason, bypassed the Pennsylvania State Legislature and unilaterally overturned the legislature’s longstanding law that ballots, to be valid and counted, must be received no later than 8:00pm on election night; the Pennsylvania court unlawfully extended that deadline for three additional days. With the majority of the U.S. Supreme Court being constitutional contextualists (i.e., they follow the law as is defined in the U.S. Constitution), this unconstitutional Pennsylvania court action will almost definitely be struck down. If so, this means that (1) all ballots that were received in Pennsylvania after 8:00pm on election night will be discounted and void; and (2) Pennsylvania will shift from the Biden win column to the Trump win column, if the number of late votes is large enough.

It should be noted that even if the tally of late votes doesn’t, in and of itself, offset the difference between the Biden vote total and the Trump vote total, it is very likely that this issue – combined with one or more of the other instances of voter fraud as defined earlier – will turn the Pennsylvania victory to Trump. Similarly, one or multiple acts of voter fraud in Georgia, Michigan, Wisconsin, Nevada and/or Arizona may very well result in Trump wins in some or all of those states. Certainly, there is no guarantee which states’ cases the U.S. Supreme Court will hear (there are so many to choose from), much less how the justices will rule, but with the overwhelming factual evidence mounting – coupled with square, identifiable legal issues – the U. S. Supreme Court will be delivering decisions that ultimately will be determining who is the victor of the 2020 election. And, already, President Trump, by any commonsense, rational evidentiary and legal analysis, is the favorite. Although the numbers propounded by these varied Democrat-controlled states show Biden as the “winner”, these numbers appear to have fruited through human/computer error and several avenues of voter fraud (unlawful acts that, arguably, were part of a well orchestrated plot to rig this election in favor of Joe Biden).