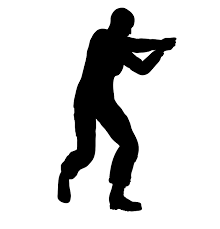 The defining standard in law for determining whether lethal force is legally justified is as follows: if a person has a reasonable belief that his life (or another’s) is in jeopardy, he can use lethal force to protect his own life or another’s life. This legal standard is also the same moral standard. It is natural law. It is an inherent right of justice. It is a right of self-defense that pertains to all people; it is not just applicable to the profession of law enforcement…Was lethal force justified in the Kenosha, WI shooting? At this point, we do not have enough information to reach a conclusion because politicians are withholding evidence as a part of a diabolical scheme to further the civil unrest occurring in cities throughout the U.S. Here’s what we do know:

The police lawfully responded to a call related to alleged domestic violence. They encountered the suspect, Jacob Blake, who they apparently had probable cause to arrest. Blake violently resisted arrest. He had told the police officers that he had a knife in his car. He quickly rushed into his car, reaching for something. It is unclear from the videos what items were in the immediate vicinity in the area of the vehicle where he was reaching. A police officer shot him several times. A knife was later recovered under a floorboard in the vehicle. Blake has a substantial criminal history, including violent crimes and sex crimes.

Does the fact that Blake – an individual with a violent criminal history – violently resisted arrest legally (or morally) justify the police officer using lethal force?

Absolutely not…Why?…Because such would not lead a person to have a reasonable belief that his life (or another’s) was in jeopardy.

In adding to the equation that Blake told the police that he had a knife in his car – plus that he quickly rushed to the car and reached in – do those cumulative facts render a reasonable belief that a person’s life is in jeopardy?…Perhaps (depending upon what additional evidence may exist)…First, the obvious: it’s wholly logical that any normal-thinking person, under those very specific circumstances, would form a reasonable conclusion that Blake was reaching for the knife. Given that particular police officer’s very close proximity to Blake, he could have quickly and easily been stabbed to death. That said, should the officer have been that close to Blake? Should he have let Blake run to the car and stepped back, wherein he was at such a distance that Blake could not immediately stab him (thus removing the possibility that his life was in danger from a knife)? Those questions seem plausible, but a quick analysis renders the following rational conclusions:

In the balancing test, the police officer should, indeed, have followed Blake to the car for not only his own protection, but the protection of the other police officers on site and, more so, all of the civilian bystanders. In that moment, if he had let Blake go into the car unchecked, several terrible things could have occurred (by this known man with a violent criminal history, who had violently resisted arrest – and who had told police he had a knife in the vehicle). Blake could have grabbed that knife and came out quickly slashing (at one of many people) and stabbed someone before police could subdue him. Worse, who is to say that a knife is the only weapon he had in the car? Although it turned out that no other weapon was found, any logical-thinking person would conclude that this individual could have had a gun as well. Accordingly, under the totality of the circumstances, it was not only lawful for the police officer to follow Blake to the car and attempt to stop him from entering, but it was the right choice as well. But does this all mean that he was ultimately justified in shooting Blake?

Is knowing that a man (1) with a violent criminal history; (2) who was violently resisting arrest; (3) who told police he has a knife in the car; and (4) who quickly rushes into the car to grab something – enough factors for the officer to use lethal force? Do the totality of those circumstances – without any additional factors – result in a person having a reasonable belief that his life (or another’s) is in jeopardy, where he is justified to shoot to kill? While it is understandable that the police officer would, naturally, be frightened in that circumstance, the answer is “no.” The police officer had the legal right to follow Blake to the car, to try to stop him from entering the car, and to try to prevent him from grabbing something in it. However, if there were no indicia that he was reaching for a knife, gun, or other deadly weapon, then the police officer was not justified in shooting him.

All that said, no one yet knows if the police officer saw something that a reasonable person would believe was a deadly weapon. If it turns out that this one additional piece of evidence exists (which it may), then the police officer would have had a reasonable belief that his life (or another’s) was in jeopardy and, thus, the shooting was justified. For example, if, in Blake’s immediate reach was that knife (or something that looked like a knife or gun at a quick glance) then, under all of those circumstances, the police officer would have that reasonable belief. It should be noted that it is irrelevant – both legally and morally – if the item turned out to be harmless (e.g., a flashlight or cell phone). As tragic as it is – IF – under the totality of those circumstances, a person reasonably concluded that the flashlight/cell phone was a lethal weapon, then the shooting would be justified…And there is other additional evidence that could have made the shooting justified.

What if while Blake was rushing to the car, he said something to the extent of that “I’m getting that knife and killing you” or “I’m grabbing my gun and blowing someone’s head off” or one of many similar terroristic threats? Under the totality of the circumstances, where there is a man (1) with a violent criminal history; (2) who was violently resisting arrest; (3) who told police he has a knife in the car;  (4) who quickly rushes into the car to grab something – PLUS who reaches for something that a reasonable person believe looks like a deadly weapon and/or who simultaneously threatens to use a deadly weapon to kill someone – is that enough to render a reasonable belief that the officer’s life (or another’s life) is in jeopardy? The answer is “yes” – of course it does…Please note the fact that Blake was shot in his back is obviously irrelevant in this analysis. Where else would he be shot under these circumstances? If a person had a reasonable belief that he was grabbing a deadly weapon under these specific circumstances, the back is exactly where he would be justifiably shot; if not, he could have quickly and easily turned around with the deadly weapon and killed the officer or another person.

No one knows, yet, if either of those above-described additional factors exist. If they do exist, the shooting was justifiable (legally and morally) self-defense. If they do not exist, then the shooting was not justifiable because, under all the circumstances, he would not have held the requisite reasonable belief that his life (or another’s) was in jeopardy. In such a case, he would be guilty of an aggravated assault; if Blake had died, the police officer would be guilty of involuntary manslaughter or manslaughter because the killing would be a reckless act.

Why race has been brought into this matter is mind-boggling. There is ZERO evidence that the police officer’s actions in this matter – lawful or not – were rooted in racism. Any rational – and honest – person would conclude that the officer would have acted in the exact same manner if Blake was brown, white, yellow, black, red, etc—because there is nothing to indicate otherwise. I have written multiple highly-researcher articles where I provide the FACTS and STATISTICS showing that there is absolutely NO evidence that police shootings are grounded in racial intent; the few unlawful police shootings are rooted in power abuse which is race-blind (see another article of mine, Power Abuse, Not Racism, Is the Cause of Unlawful Killings; Race-Baiters Making Wrongful Accusations Against Entire Law Enforcement Community, if you are interested in the truth)…Plastic elected officials, muddled mainstream media, and the intellectually devoid at educational institutions are, with evil, agenda-driven intent, exploiting certain, hand-picked shootings and attempting to propagandize the public (the real people) into believing falsehoods. Their goal is a frightening, unsavory one of seeking separatism and divide; it is one designed to perpetuate a race war. This is a fictitious race war: and that is because the vast, vast majority of Americans (including police officers) are NOT racists. That said, there is, of course, racism that exists in all people (of all races) – and in equal amounts. All of it is to be condemned. Let’s jointly condemn it and, at the same time, not allow the race-baiters to succeed in their propaganda.

Kenneth Del Vecchio is the author of some of the nation’s best-selling legal books, including a series of criminal codebooks published by Pearson Education/Prentice Hall and ALM/New Jersey & New York Law Journal Books. He is a former judge, a former prosecutor and a practicing criminal/commercial litigation attorney for 25 years, wherein he has tried over 400 cases; he is partner in the prestigious law firm, Stern, Kilcullen & Rufolo.  Mr. Del Vecchio is also an acclaimed filmmaker who has written, produced and directed over 30 movies that star several Academy Award and Emmy winners and nominees. His films are distributed through industry leaders such as Sony Pictures, Lionsgate, NBCUniversal, Cinedigm, and eOne Entertainment. He has starred in numerous movies, as well. A best-selling political thriller novelist, he penned his first published novel at only 24-years old. Additionally, Mr. Del Vecchio is the founder and chairman of Hoboken International Film Festival, called by FOX, Time Warner, and other major media “One of the 10 Biggest Film Festivals in the World.”  A regular legal and political  analyst on the major news networks who has appeared on hundreds of shows, Mr. Del Vecchio formerly served as the publisher and editorial page editor for a New Jersey daily newspaper.