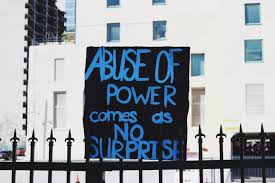 The Minneapolis police officer who killed a forgery suspect is guilty of a homicide. The video evidence is conclusive. While, thus far, there is no evidence that the victim resisted, it should be understood that it is absolutely irrelevant if he had resisted earlier in the arrest. The neck-breaking misconduct by this officer was not only wholly unnecessary, but it was an act of pure, power-abusing evil. This man was properly arrested and appropriately charged (it looks to be a manslaughter rather than murder, but the evaluation of more evidence is required to make that distinction). The police officers who stood by and did nothing in the way of stopping their counterpart’s illicit behavior may be guilty of crimes as well, but , in any case, they should be fired.

All that said, people should not be condemning law enforcement officers, as a group, for the horrid act of this one officer (and the uncaring, negligence of those who watched). Yes, there are a certain percentage of law enforcement officers – and those in careers of my own (prosecutors and judges) – who are, in layman’s terms, bad people—who abuse their power. Most police officers, prosecutors, and judges, however, are good people—who seek justice and to better others’ lives.

(1) In the last year, 19 unarmed white people – and 9 unarmed black people – were killed by police officers;

(2) Overall, significantly more white people (armed and unarmed) were killed by police officers in the last year – and every year for decades;

(4) Black people are killed at a higher rate by NON-white police officers than by white officers;

(5) There were approximately 1,000 people who were killed by police officers in the last year, the great majority of which were white. The vast majority of those killed were armed – and the killings were justified by self-defense or defense of others (in other words, protecting others’ lives);

(8) There are over 325 MILLION people in the United States – and yet only approximately 15,000 people were evil enough to commit homicides last year (the vast majority of which were black-on-black and white-on-white homicides).

Accordingly, race is NOT the factor – and it is power abuse where law enforcement is involved. And power abuse does not discriminate; it crosses all racial and ethnic lines.

Now, where do all those above-cited FACTUAL statistics come from?…They come from THE WASHINGTON POST – one of the most liberal newspapers in the country.

Conclusion: People have been lied to by propagandist politicos. A fictitious race war has been created by these hateful people whose goal is to cause separatism and divide among the races. In face of these FACTS, anyone who claims that racism is the basis behind police killings is a racist himself/herself or a complete and utter idiot; they are not idiots or racists, of course, had they not evaluated the above FACTS – but, if they now know them, and choose to ignore them, they are racists and/or idiots.

Defunding the police is not the answer. It is a wildly insane idea. The vast majority of police work is the obvious: protection of the people in the communities they serve. It’s responding to complaints of criminal activity, uncovering criminal activity through investigative measures, stopping criminal activity while it is in progress, and answering calls where individuals’ lives are at jeopardy (not just from crimes, but for emergencies of all types). Police officers SAVE thousands upon thousands of lives yearly, while, some, at times, actually put their own lives in jeopardy. Who would do this in their stead? Some pot-smoking, jobless, untrained anarchists? While adjustments can – and should – be made in policing (and in the prosecution and judiciary fields), defunding the police is the categorically inapposite to the best interests of ALL Americans.

Plastic elected officials, muddled mainstream media, and the intellectually devoid at educational instructions are, with wrongful, agenda-driven intent, exploiting a tragedy and attempting to propagandize the public (the real people) into believing falsehoods. Their goal is a frightening, unsavory one of seeking separatism and divide; it is one designed to perpetuate a race war. This is a phony race war: and that is because the vast, vast majority of Americans are NOT racists. Of course, racism exists, in small percentages, in all groups of people (of all races) – and in equal amounts. All of it is to be condemned. However, Americans should not allow the race-baiters, in either direction, to succeed in their propaganda. Instead, Americans should seek to prosper together, as a free, liberty-based group of human beings. A group who seek justice. And justice in this case is seeing the power-abusing police officer from Minneapolis face a homicide prosecution, while not inciting and perpetuating another bogus race battle (and instead coming together, rather than dividing).