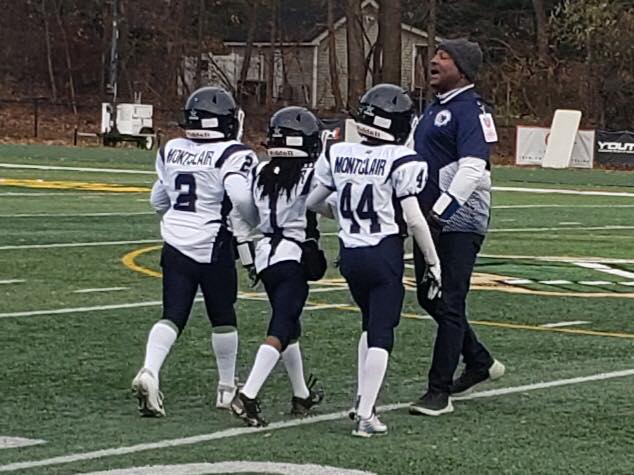 The kid is represented by top talent agent BMG for acting. To date, he has ten movies under his belt. Last November, A Karate Christmas Miracle was released, and reviewed by Empire State News. This holiday/mystery flick stars the kid, as well as an Oscar nominee (Eric Roberts) and karate movie icon (Martin Kove of “Cobra Kai” and The Karate Kid). Earlier this year, the kid played another lead role in another star-laden movie, A Wrestling Christmas Miracle. Kove again co-stars in this new movie, joined by the likes of Emmy nominee Gilbert Gottfried (Problem Child), Golden Globe nominee Jimmie Walker (“Good Times”), Michael Winslow (Police Academy), Todd Bridges (“Different Strokes”), and Scott Schwartz (A Christmas Story)—along with A Karate Christmas Miracle alums Julie McCullough, Candy Fox, Joe Wooley, and Buddy Fitzpatrick. This acting resume is quite impressive for a kid.

Also, last month the kid got his fifth-grade third semester report card. And he earned straight A’s. The same as he did for each other marking period this year, and as he did for his fourth-grade final marks. A photographic memory has been asset in educational endeavors. Being a perennial straight-A student is quite impressive for a kid.

The kid finished his wrestling season in March, where he took first place in nearly every tournament that he wrestled in. A member of his Montclair duals team – where he must compete against wrestlers all the way through 8th graders – the kid had the highest league winning percentage of all in his weight class.  After winning over two dozen matches this season (including an astounding 23 pins), wrestling trophies and medals cover the walls of his bedroom. Highlights of his wrestling can be seen in this video.  Being a top wrestler is quite impressive for a kid.

In November, the kid played in the Garden State AYF football league state championship game, where he was a captain for his Montclair Cobras team. In 2018, he was the team’s Lineman of the Year. In 2019, in capturing the team’s Hammer Award and Academic achievement Award for having the highest grades on the team, he was an absolute tour de force: on defense, terrorizing opposing teams’ backfields, and on offense a consistent powerhouse blocker. His football highlights video tells it all. Being an outstanding football player is quite impressive for a kid.

Doing ALL of the above is nearly impossible for a kid. But it is a reality for media-dubbed Renaissance Boy, Mario Del Vecchio, who ESN has been following for quite some time. An 11-year-old, very confident student-athlete and more – who movie co-star Julie McCullough called “a little girls’ dream” in an article in New Jersey daily newspaper The Record – Del Vecchio has continually expressed gratitude to others in connection with his successes. Take his 2019 football campaign.

Del Vecchio, who dons jersey #44, was relentless as a defensive end. He led the team by recording 10 1/2 QB sacks, seemingly breaking through the opposing team’s offensive line in just about every play during the second half of the season. The sacks were complemented by constant pressures of the quarterback and running back tackles, as well as multiple forced fumbles. On the offensive side, Del Vecchio was the model guard. Block. Block. Block. And some pretty brutal ones. An atypical lineman – Del Vecchio has the build of a halfback (but is smaller than most of his lineman counterparts) – he’s a rock of lean muscle, whose physical and mental strengths power him, along with surprising quickness. But the kid has this to say:

“I was really emotional after we didn’t win in that championship game last weekend. We all were,” Del Vecchio said. “One of the older Cobras came up to me when we were taking pictures. He could see I was upset, and he gave me words of encouragement. I was so emotional, I can’t remember who it was, but I want to thank him for taking the time to talk to me, a younger kid, and it was right before his own game.” All of the Montclair Cobras teams, 10U, 12U, and 13U, were in the state championship games last Sunday, playing their arch-rival Bergen County Stars; they are New Jersey’s two leading programs. The Cobras 12U team was victorious, and they move onto the regionals in Maryland – joined by the Bergen County Stars 10U and 13U squads. Winners at the regionals went onto the AYF Super Bowl in Florida.