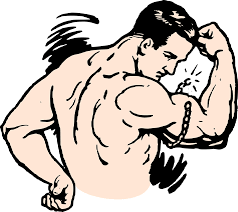 In layman’s terms, all of these state-mandated stay at home/work and school closure/social distancing measures (the “Dictatorial Dictates”) are, well, stupid.

In legal terms, the Dictatorial Dictates are unconstitutional. They violate the First, Fifth and Eighth Amendments. And they are in direct contravention of the separation of powers conscription of the United States’s superior legal document. Americans’ most fundamental rights of freedom have been obliterated. Freedom of Assembly has been stripped. Freedom of Speech, thereby, has been gravely restricted. Freedom of Religion has been nullified. The basic God-given right to move about freely has been wholly tainted by an unholy tampering.

The Dictatorial Dictates have completely crushed America’s economy. The orders have resulted in over 20 million citizens losing their jobs, with this unemployment catastrophe continuing to grow. No doubt, every facet of the economy is under siege. The United States – and the world – is entering into a depression.

(5) the abolition of crucial elective surgeries (e.g., for joint replacements and even heart conditions);

(6) the restriction of certain kinds of vital routine doctor visits (e.g., for mammograms);

Back to “STUPID”…Who, at this point, does not recognize the factual reality that all of the above has already – and will continue to – cause more deaths to people than the coronavirus?

The Dictatorial Dictates are unsustainable. They are unwanted, en masse – by the vast majority of Americans. The politicians who have enacted these diabolical measures (wittingly or unwittingly) have an obligation to listen to their constituents and immediately cease and desist from their propounding of them. It is, indeed, these elected officials’ absolute duty to repeal the Dictatorial Dictates immediately – and in full.

And then, there is Sweden. Which encompasses, with great clarity, all of the facts, science, and math. And it adds in another great factor. A factor where one does not need to be a doctor, scientist, or mathematician. And that factor is:

Sweden is nearly an exact replica of the United States in per capita statistics, meaning that, proportionally, it’s just a smaller version of the U.S. Is everyone ready for the FACTS? For the SCIENCE? For the MATH? And then to employ their COMMON SENSE?

American state governments have enacted the Dictatorial Dictates. Sweden has NOT. Sweden has no stay-at-home or other hysterical orders. Business is as usual in that country. And the result?

It means that there is absolutely no need for the Dictatorial Dictates. And they should be repealed immediately.

But there is more math, science and facts that evidence that the Dictatorial Dictates are completely unnecessary. Information that comes from experts who actually compile data from several countries – conclusions that arrive from actual mathematical analyses. Not predictions, but actual analyses of past and current data.

On April 15, Marina Medvin reported in a Townhall article:

“Professor Yitzhak Ben Israel of Tel Aviv University, who also serves on the research and development advisory board for Teva Pharmaceutical Industries, plotted the rates of new coronavirus infections of the U.S., U.K., Sweden, Italy, Israel, Switzerland, France, Germany, and Spain. The numbers told a shocking story: irrespective of whether the country quarantined like Israel, or went about business as usual like Sweden, coronavirus peaked and subsided in the exact same way. In the exact, same, way.”

Ben Israel’s mathematical analysis shows that in each country, the number of cases peaked at the sixth week of infection, and then had a rapid decrease by the eighth week. The infection patterns in all countries he analyzed, per his study, could best be described as identical.

Also from the Townhall article:

“The Wuhan Virus follows its own pattern, [Ben Israel] told Mako, an Israeli news agency. It is a fixed pattern that is not dependent on freedom or quarantine… ‘Is the coronavirus expansion exponential? The answer by the numbers is simple: no. Expansion begins exponentially but fades quickly after about eight weeks’…The numbers simply do not support quarantine or economic closure.”

Regarding the efficacy and basis for the stay-at-home and shutdown orders – and why varied government officials have mandated such – Ben Israel stated, “I think it’s mass hysteria. I have no other way to describe it. 4,500 people die each year from the flu in Israel because of complications, so close the country because of that? No. I don’t see a reason to do it because of a lower-risk epidemic.”

Originally, the U.S. – and several other countries – wildly enacted Dictatorial Dictates based upon the inanely bloated predictions of a hysterical professor, Neil Ferguson, from the United Kingdom. Ferguson, with no rational basis, frightened political leaders into believing that the U.S. would suffer 2.2 million deaths from the coronavirus. It might be of interest to note that Ferguson is the same mad scientist who had predicted that up to 150,000 people in the United Kingdom would die from the mad cow disease; as of current day, 177 people have died from the mad cow disease.

Over a week ago, Tucker Carlson reported on his Fox News Channel show that the Institute for Health Metrics and Evaluation (IHME) – a liberal think tank at the University of Washington – now projects that the total number of American deaths from the coronavirus (by the time of its estimated end in August) will be far less than they originally predicted. This is of great significance because it matches the same  of American deaths from varied seasons’ flu. Yes, the IHME, who most state governments have been relying upon for their crazed society-shutting, draconian orders, has now predicted that the deaths from the coronavirus will be the same number as those from the flu. This is in concert with the analysis of Ben Israel and all other rational scientists and doctors who are thoughtfully – using facts, math, and science – studying this unfortunate matter. The reality – which now has been reported by numerous media outlets and reiterated by voluminous scientists, doctors and other critical thinkers – is now clear:

It has turned out the total number of deaths from the coronavirus in the U.S. will extremely likely be approximately the same number of deaths that occur from the flu – with or without the Dictatorial Dictates. Additionally, the coronavirus death rate is nowhere near the recklessly reported numbers and, instead, the true death rate is commensurate with that of the flu (approximately 0.1%) – and may even be lower.

Conclusion: here, in these circumstances, the United States should go as Sweden goes. And all the Dictatorial Dictates should immediately be fully repealed. This is what strong Americans are calling for, en masse. Strong Americans – which are most Americans – understand, assuredly, that immediately repealing all the Dictatorial Dictates is in the best interests of Americans’ health, constitutional rights, and economic interests.

President Trump, who has been a pillar of rationale during this crisis, has examined the evidence presented by a plethora of leading medical doctors and scientists – not just the wild opinions of a few – to reach valid conclusions that can lead the nation out of an unnecessary crazed panic (and economic, constitutional and non-coronavirus health crises caused by the Dictatorial Dictates). All of the state governments should now put politics aside and disregard past decisions (some made by power-hungry evildoers, others made mistakenly in good faith) that led to the incorrectly-leveled Dictatorial Dictates…And follow this president’s lead in opening America back up.

Although all definitively must abide by these new laws restricting their constitutional rights (just as they must follow any other laws with which they may disagree), the government should quickly eliminate the Dictatorial Dictates. And they should be eliminated in their totality. Wherein America is completely returned to normality – with no “new norms” and no hysteria. Just logical thinking and ordinary human interactions in a thriving, constitutionally-protected society and economy. Anything else is unconstitutional and, well, stupid.