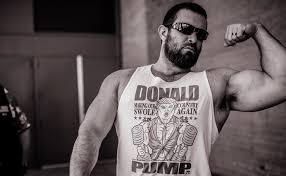 Oh, the petty nonsense that has been dealt with…

This one started out with typical far left, so-called academic elitism, but…

Cheers to Harnett County School District in North Carolina for dumping the bonehead principal that made a student remove his “Trump 45” football jersey at a patriotic high school football game.

Matthew Collins, 18, exercised his First Amendment right to free speech and wore a red, white, and blue jersey to his high school football game on October 5. Students had been told to dress patriotically for the game. Collins’s jersey featured stars and stripes on the front, along with the letters “USA” and an image of the Statute of Liberty’s torch. The back of the jersey featured the name “Trump” and the number “45.”

Close to halftime, Cindy Gordon, then-principal at the high school, singled Collins out of the crowd and asked him to remove the jersey. She stated that the shirt was “too political” and that some parents complained about it. Collins complied with her request, although Collins’s father later reported that his son felt “humiliated” and “embarrassed” by the principal’s actions.

“There is nothing political about this shirt,” Mike Collins, Matthew’s father, noted. He also pointed out that he himself is a registered Democrat. The jersey was a show of respect for the sitting president, not an attempt to make a political statement.

Naturally, this incident received plenty of media attention and criticism. The school district, likely embarrassed by Principal Gordon’s lame attempt to appease some complaining liberals (or perhaps she was personally offended by this visual reminder to her that Donald Trump is the President of the United States), released this statement: “…we want to emphasize that Harnett County Schools supports and affirms students’ rights to express themselves — including wearing clothing expressing political messages or supporting political candidates or officeholders — in ways that are not expected to disrupt school or school events.”

A week later, the Harnett County School District reported that Cindy Gordon had been replaced. It is unclear whether Cindy Gordon is totally out of a job, or has just been relocated to another position in the district. In any case, thank goodness she is not serving as the leader of the high school. Anyone who squashes a student’s right to free speech should not be acting in a leadership role. Whether she was caving in to offended liberal parents at the football game, or she asked Collins to remove his Trump jersey because she just did not want to see this display of support for the president, she is not deserving of the respect of those in her school community.

It’s scary to think how often students in schools, who wish to express conservative viewpoints, face unfair repercussions. ESN has reported on several recent cases, where students’ freedom of speech was shut down because it was pro-Trump and/or conservative. In such cases, liberals get offended, melt down, and take unnecessary and unjust actions against young people simply because they are exercising free speech that does not fit into their anti-Trump, anti-Christian, anti-patriotic ideology. While it’s not likely that liberals will end their whiny, nonsensical antics anytime soon, let’s hope that those power-abusing libs in charge, like Cindy Gordon, find themselves out of power when they attempt to trample on young people’s free speech.