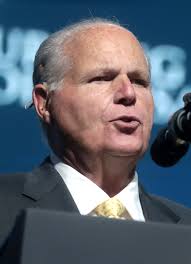 Conservative radio talk show host Rush Limbaugh, recent recipient of the Presidential Medal of Freedom from President Donald Trump, is applauding Republican voters who are participating in the Democratic primaries and voting for Vermont Sen. Bernie Sanders as a means of slowing down former Vice President Joe Biden — and it could potentially have an impact in Michigan, Washington and Missouri on March 10 where there are no party registration barriers to voting.

On March 3, Limbaugh highlighted efforts by Republican voters who are participating in what he called “Operation Chaos,” pulling the lever remarkably for Sanders, a self-described democratic socialist. Limbaugh said, “For whom are these Republican Operation Chaos voters voting, do you think? Can there be any doubt? They’re voting for Bernie Sanders.”

The common view is that Bernie will be easier for President Donald Trump to beat, apparently shared by Democrats. Biden’s greatest appeal at the moment appears to be that he is facing Sanders.

Limbaugh outlined his own rationale for Operation Chaos, which he came up with in 2008: “Operation Chaos was created by me in 2008 to get Republicans in primary states where their votes no longer matter because McCain had become the nominee, to switch over and vote for Hillary to keep the Democrat race going… [T]here’s no reason for Republicans to stay home and vote in their own primaries because Trump’s the nominee. He’s unopposed.”

Limbaugh added, “So Republicans are taking the occasion of the Operation Chaos we started back in 2008 are now doing it again. On their own without any urging from me, they are joining the Democrat primary.” And they’re voting for Bernie.

But so far, Operation Chaos voters do not appear to have had too much of an impact — their efforts were highlighted in Texas, South Carolina and Virginia, all states that Biden won easily — but that might change going forward after Super Tuesday has propelled Biden to Democratic frontrunner status with the most delegates.

Now, with all the momentum, Biden’s a bigger target, perhaps making Republican voters more willing to participate in Limbaugh’s maneuver in order to slow Biden down — all to the benefit of President Donald Trump, who hopes to exploit Democratic divisions this year in his reelection bid.

Sanders has a tough slog ahead, with Biden leading Michigan and Missouri in the latest polls. Sanders narrowly beat Hillary Clinton in Michigan and lost to Clinton barely in Missouri in 2016.

To remain competitive, Sanders needs to repeat his success in these two states and do better than he did in 2016 there, not worse, or he may fade very quickly with the party establishment quickly coalescing around Biden.

Once again, the Sanders campaign is highlighting divisions within the Democratic Party, with younger voters favoring the more radical socialist candidate, Sanders, and older voters opting for Biden. Sanders’ path the nomination, if he still has one, is a narrow and difficult one, requiring him to build out his coalition beyond his core base.

It’s up to Sanders to show that his socialist platform has broad appeal in the Democratic Party. So far, that has not happened, even as his campaign has energized younger voters. It’s just not enough, at least not right now.

Give it a generation, with Baby Boomers dying off and Millennials and Generation Xers becoming the prime voters, and the Democratic Party could look a lot different and one day lead to a socialist nominee. Sanders could just be ahead of his time.

As it is, in 2020, Sanders’ only hope appears to be to slow down Biden enough to force a convention showdown where neither candidate has enough delegates to win on the first ballot in Milwaukee.

Meaning, Operation Chaos or no, Sanders needs to perform well in open primaries like Missouri and Washington — Michigan is technically “closed” but still lacks a party registration requirement, and so Republicans can still show up and request a Democratic ballot if they sign for it — on March 10 where crossover voters can show he has independent appeal. Otherwise, Biden may make very short work of Sanders.