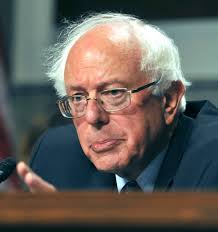 This could be their political swan songs.

Now, late-deciding voters in subsequent contests will likely choose between Sanders and Buttigieg — which is what usually happens.

It’s winner’s bias. Iowa and New Hampshire narrow the field. If you start off losing, and losing badly, then it’s harder to make a case that your campaign is viable.

Do you donate money? Time?  Energy? Or do you bet on the candidates who have a shot? History suggests the latter.

There are two notable exceptions. Bill Clinton managed to secure the nomination in 1992 without winning either Iowa or New Hampshire, and so did George McGovern back in 1972.

The only candidate who might be able to defeat the two-man contest is Sen. Amy Klobuchar (D-Minn.), who surprised with a strong third place at 19.8 percent. Biden and Warren have a much harder road, and surely late-deciders in South Carolina are taking note.

Biden’s only handhold remains on the polls, and so the question is whether Biden can leverage his months-long lead in the polls in South Carolina.

The big question is how long will Biden’s lead in those polls last as Sanders and Buttigieg continue to outperform Biden on the campaign trail.

A rich undercurrent is the impeachment saga, which predictably harmed Biden’s prospects by highlighting his role in firing Ukraine’s top prosecutor in 2016 who says he was investigating the corrupt natural gas firm his son worked for and destabilizing the region by pushing Viktor Yanukovych out of power there in 2014.

Impeachment drove up Biden’s negatives early in the process, and it is clearly showing on the campaign trail. Ironically, this might not have been the case had Democrats not impeached Trump.

Democrats interfered in their own campaign and sabotaged their own frontrunner, Biden, who had been leading polls nationally for months uninterrupted. Fox News commentator Sean Hannity called it the “boomerang.” That’s about right.

In the meantime, the close race for the Democratic nomination between Sanders and Buttigieg favors President Donald Trump, who easily won the primary in New Hampshire with 85.5 percent of the vote running relatively unopposed.

Democrats and independents watching who don’t like any of the Democratic candidates will be ripe for the President’s picking as he exploits chaos in the Democratic field.

Who the Democrats choose at this juncture is akin to reading a crystal ball, but in South Carolina and beyond, Sanders’ organization and campaign’s experience may prove determinative as Biden fades.

Or, Biden could be about to mount the greatest political comeback in history. Who knows?

The next thing to watch for are fresh polls from South Carolina and Nevada. Stay tuned.