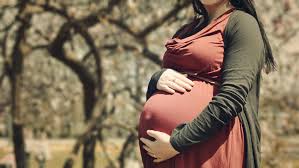 Abortion, no matter what anyone argues, is the killing of a human life.

At any stage, it is a HUMAN life.

It’s not a giraffe.

it’s not a kangaroo.

It’s not a lizard.

Why don’t the abortionists just admit that they just don’t care about killing human life. It’s simple – and it’s true. it’s just a matter of convenience for some. For others, it’s a money-maker.

For anyone who thinks, though, it’s murdering a human life. Most of these people are not thinking, however. They’ve been propagandized for decades, and they throw around fraudulently, court-created notions of constitutional rights. Aside from the fact that there of course is no right to an abortion anywhere in the U.S. constitution, there isn’t even a right to privacy (the alleged right that the 1973 Supreme Court) grounded its sadly-drafted Roe v Wade decision in; simply, those 5-majority justices manufactured something that wasn’t there. But even if there was a right to privacy in the constitution (which there isn’t), how such a matter could get stretched to killing a human life inside a woman’s woman is confounding – and absurd. Unfortunately, however, the propaganda machines have been at work for over five decades, and the legality of this horrific American tradition of genocide has become a normal activity to mass millions. And people just don’t think; people just don’t think abortion is an act of killing other people (not blades of grass or deep sea bass).

Once people start thinking – which will, inevitably, happen – they will understand this reality. and the tides of aborting human life will turn to saving human life. Or, maybe, Roe v Wade will just be overturned by a conservative court, and the abortionist wil be $hI# out of luck.