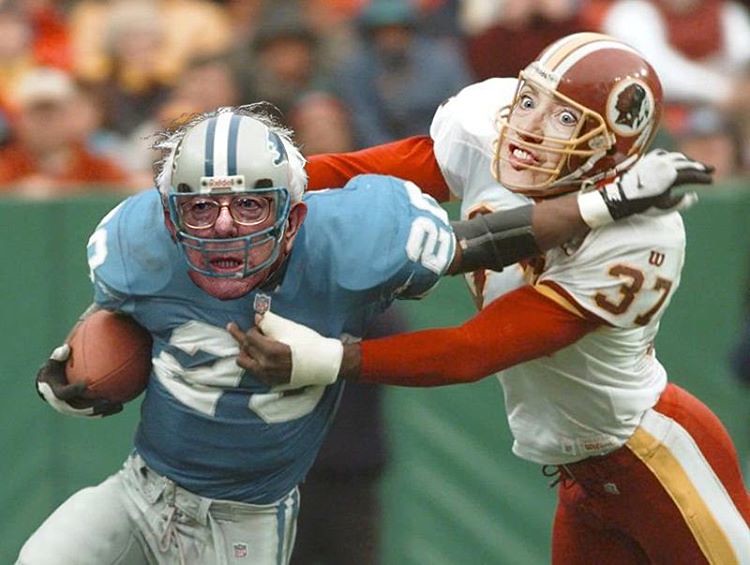 Bernie Sanders is a grouchy, rather odd-looking, re-distribution of wealth scheming goof ball. He’s registered as an independent, but running for president as a Democrat, though he’s really a socialist.

Barry Sanders is a graceful, physically powerful Hall of fame running back. Arguably, although he hails from one of the most unsuccessful franchises the NFL has ever seen (the Detroit Lions), he is one of the top three halfbacks in football history.

Accordingly, Barry Sanders should be the President of the United States instead of Bernie Sanders.

That said, all rational people should vote to re-elect Donald J. Trump.