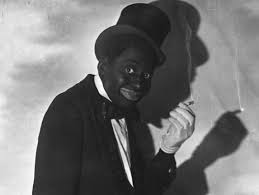 So what is up with liberals and their proclivity for dressing up in black face or as Nazis?  Are they closet racists and anti-Semites?

Since it seems as if republicans are censored for what they say or do almost right after emerging from their mothers’ wombs, it is not stretching it to hold liberals accountable for their actions when in their twenties or even later in life.

Meghan Markle, Prince Harry of Great Britain’s liberal American wife, snubbed Trump during his visit to England.  As a minor celebrity, she was outspoken against Trump during the 2016 election, particularly during an appearance on The Nightly Show with Larry Wilmore.  Prince Henry and all royal personages are not permitted to publicly express their opinions regarding political issues; however, his views regarding climate change are well known.  According to NEWSWEEK, Prince Harry recently warned of the “terrifying” impacts of climate change at a youth-empowerment event in July known as WE Day.  Yet, what must Meghan think about her husband, who, according to another NEWSWEEK article reported that in 2005 a picture of him surfaced dressed as a Nazi officer.  “Tabloid covers were plastered with the image of Harry wearing a swastika armband under the headline ‘Harry the Nazi.’ Harry, who was 20 at the time, reportedly wore the outfit to a ‘colonial and native’ costume party.”  Not to be deterred, a year later, while serving at Sandhurst military academy training to be an army air corps helicopter pilot, he called a member of his platoon “our little Paki friend,” and referred to another as “raghead.”  Both these remarks outraged Muslim groups, who found them particularly offensive.  Has this guy really changed?  If while supposedly finding religion in supporting the climate change movement he and his family fly all over the world via private jets, then it is better for  his son that he was born looking white—not black.

Meanwhile, back in the States, the current Governor of Virginia,  Ralph Northam, an ardent supporter of abortion and infanticide when it comes to an aborted fetus being born live, has made conflicting statements related to “inappropriate” dressing up.  His “face page” in his Medical School yearbook also included a picture of two young men, one in black face and the other dressed as in Ku  Klux Klan regalia.  First he admitted that he was one of the two men depicted and then he denied it.  He later confessed in an interview to dressing in black face as part of a Michael Jackson costume and almost performed the “moon dance.”  After the initial outrage, the media’s interest eventually faded.  The lesson learned:  if as a white man you feel the need to dress up as a black man, make sure you are a governor in a state the Democrat liberals need to win in 2020.

Mostly recently, the ultra-liberal Prime Minister of Canada, Justin Trudeau, was memorialized in a photograph of him when he was 29 in black face, dressed as Aladdin for a costume party at a private school where he was teaching.  He later admitted to at least two other times when he felt the urge.

Dressing up in black face, Ku  Klux Klan outfits and Nazi uniforms or uttering racist slurs are racist and/or anti-Semitic.  Prince Henry, Gov. Northam and Prime Minster Trudeau are white, liberal males who have participated in these aberrant behaviors…without consequence!   Who are the real “white supremacists?”