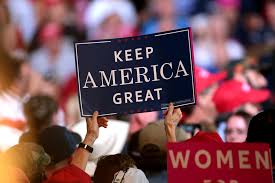 The Trump economy keeps chugging along with 1.4 million more job openings than jobless.

The latest Job Openings and Labor Turnover Survey (JOLTS) survey from the Bureau of Labor Statistics (BLS) shows approximately 7.3 million job openings in May, contrasting with 5.9 million unemployed, with more jobs available than there are people to fill them for the fifteenth month in a row.

A neat readout from BLS also gives you a snapshot of job openings by state, and when compared to unemployment rates by state, a pretty significant correlation emerges, where unsurprisingly states with the greatest job openings to unemployed ratios tend to have lower unemployment rates, an Americans for Limited Government analysis of BLS data shows.

So in many states, there are more opportunities than those looking for them, and in a few, there are not. There are some regional mismatches, where depending on where you live, job seekers might do well to look out of state.

The balance favors those seeking work, as well as those currently working. Now, employers need to compete for labor, and that has a positive impact on wages. The wage growth since 2017 is the best seen since the financial crisis, most recently at 2.8 percent growth in the first quarter of 2019.

Overall, that is good news, and one of the reasons why the Trump economy is experiencing some of the lowest unemployment numbers over the past 50 years. In that sense, the economy cannot grow fast enough to accommodate those untapped opportunities.

But at the same time, the job openings to unemployed gap could also show a need for more targeted training to help fill job openings more quickly. This is an area where the federal government already has vast reams of data that could be made available, to better determine areas of employment that are in dire need of more applicants.

Then there is the question of how tax dollars are allocated. For the cost and with the funds used for Pell grants and Department of Labor training programs, what if businesses could more cost-efficiently train job seekers via targeted tax credits? Businesses today say they spend more time looking for skilled labor than anything else. The skills gap — where too many people study unneeded majors in college — is a barrier to more growth and points to the need for reskilling and accommodations. And nobody knows better what types of workers are needed than America’s businesses.

Such an undertaking, spending dollars on job training instead of 4-year degrees, might be drastically cheaper, and could help those looking to enter the labor force the means to do so and help businesses find the skilled labor they are looking for. We can argue about whether those dollars ought to be provided in the first instance, but seeing as they are already provided, they might as well be allocated in the most efficient way possible.

The Trump administration should consider proposals to integrate the missions of the Departments of Labor and Education, and find better uses for existing funds that are supposed to be training the next generation of workers to fill the skills gap. The economy is itching to grow, but businesses cannot fully expand without more help from a skilled workforce.