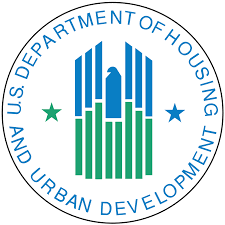 The Department of Housing and Urban Development (HUD) is getting set to finalize a regulation modifying the 2015 rule from the Obama administration, Affirmatively Furthering Fair Housing, that conditioned $3.3 billion of annual community development block grants on rezoning local municipalities along income and racial guidelines.

More than 1,200 cities and counties accept those block grants nationwide affecting populations of tens of millions of people. Suffice to say that the potential impact of the regulations would be vast if ever implemented. This was always a vast overreach, where the federal government could come in and tell communities what must be built and where.

And the current changes being considered may not be much better. Housing and Urban Development (HUD) Secretary Ben Carson in an Aug. 13, 2018 interview with the Wall Street Journal said, “I would incentivize people who really would like to get a nice juicy government grant [to look at their zoning codes].” That’s exactly what the prior rule did.

Now, sources familiar with the final regulation currently being considered by the White House Office of Management and Budget suggest that it will still condition funds on making changes to local zoning, just with a different rationale, to reduce regulatory burdens that contribute to higher housing costs particularly in urban areas such as San Francisco.

The new rule would favor multifamily properties over single family dwelling, just like the Obama era regulation did.

While reducing regulations at the local level is certainly a laudable goal, it is also one that the federal government has no business attending to, let alone having bureaucrats in Washington, D.C. decide what amounts to one of the most important decisions that local governments make.

It’s also illegal. Under Division F, Title II of the Consolidated Appropriations Act of 2019, Section 232, Congress expressly forbid HUD from doing anything with local zoning and this regulation: “None of the funds made available by this Act may be used by the Department of Housing and Urban Development to direct a grantee to undertake specific changes to existing zoning laws as part of carrying out the final rule entitled ‘Affirmatively Furthering Fair Housing’ … or the notice entitled ‘Affirmatively Furthering Fair Housing Assessment Tool’…”

That identical provision, sponsored by Sen. Susan Collins (R-Maine) passed the Senate overwhelmingly 87 to 9 in 2016.

As a result, the terms of the Fair Housing Act have been changed by Congress in an affirmative act to say there shall be no more changes to local zoning by Washington, D.C. If HUD were to continue implementing the regulation as it is currently written, particularly to make changes to local zoning, it would not be acting in accordance with the law.

It’s not final yet, though, so there are alternatives for the federal government to consider. Instead, HUD could help the 1.1 million households living in public housing units the way Poland, Hungary, Slovakia and Romania did in the late 1980s when the Soviet Union was falling apart: by privatizing public housing and turning ownership directly over to the tenants.

By transferring public housing ownership directly to current tenants, they would be the direct beneficiaries by becoming the owners of billions of dollars of prime urban real estate, with the plan generating new income necessary to jumpstart the redevelopment of these neighborhoods.

In addition, HUD might consider transferring properties owned by Government Sponsored Enterprises Fannie Mae and Freddie Mac and the Federal Housing Administration obtained via foreclosures to local housing authorities specifically to combat the homelessness crisis and for other fair housing needs.

All of these could help HUD fulfill its obligations under the Fair Housing Act without obliterating local governance and the decisions made about zoning. Fortunately, there is still time for OMB to engage in a course correction before the government overreach that began with the regulation in 2015 becomes cemented. Leaving the Affirmatively Furthering Fair Housing rezoning regulation in place would be a big mistake for the Trump administration, and is one the nation will eventually come to regret.

Robert Romano is the Vice President of Public Policy at Americans for Limited Government.    You can read more of his articles at www.dailytorch.com.