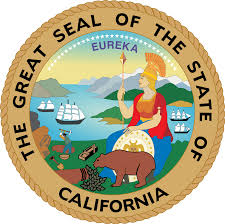 According to the Public Policy Institute of California, California receives approximately $106 billion per year in direct funding, mainly related to education and their Medicaid program-Medi-Cal.  In addition, in 2018, it received more than $212 million in federal dollars for emergency funding for fire recovery and is currently seeking Federal relief because of the recent earthquake in southern California..  California is no longer considered a “donor state,” where a state receives back from the Federal government less in funding than what it pays in Federal taxes.  So it is a “taker,” not a “giver” of federal dollars, being subsidized by other states’ taxpayers.

Yet, Governor Gavin Newsom brags about a state budget surplus of anywhere between $20.6 billion to $21.5 billion.  This is perplexing since, according to a FORBES article in August, 2018, California is anywhere from $1.3 trillion to $2.3 trillion in debt.  Former Governor Brown called it his “wall of debt.”   How best to explain a surplus (rainy day money) on one hand and incredible debt on the other?  It’s akin to having a checking account with $500 in it with a credit card debt of $100,000.

This surplus is nothing more than “funny money,” which apparently has encouraged the State legislature to recently pass the first-in-the country law to provide healthcare to illegal aliens.  Under this new law illegal immigrants between the ages of 19-25 will be covered through Medi-Cal.  The caveat is that Medi-Cal is partially funded with federal dollars, so it is all Americans’ tax dollar contributions, not only the California slush fund, which are contributing to this coverage.  It will encompass approximately 138,000 individuals at a cost of $98 million for the first year.

Meanwhile, homelessness runs rampant in the major cities of California.  According to the U.S. Department of Housing and Urban Development, California ranks No. 1 in the country, with a homeless population of 129,972.   In Los Angeles County, there are approximately 58,936 homeless , of which 36,300 are within the city limits.

California’s biggest danger is not the natural disasters of fires, earthquakes, and mudslides.  It will be ultimately destroyed by its liberal politicians.  It’s time these “California Dreamers” wake up before it is too late and California becomes the home of the very rich, the very poor and no one in between—EXCEPT FOR PROGRESSIVE POLITICIANS!