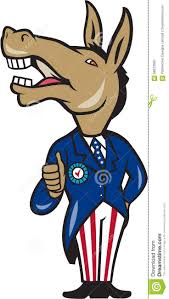 The split in the Democrat party is clearly demonstrated in the differences between the New York State’s leading Democrat politician, Governor Andrew Cuomo, and the State’s loudest and most outspoken representative to Congress, Alexandria Ocasio-Cortez (AOC).  Governor Cuomo is a moderate Democrat and has been governor of the State since 2011.  Representative Ocasio-Cortez is a “newbie”, liberal congresswoman who can best be described by the “old” adage, “Empty barrels make the most noise.”

During a recent interview with local New York News Channel 12, Cuomo bemoaned Amazon’s change of heart in setting up a corporate headquarters in Long Island City.  Cuomo stated: “We won a national competition. Then, the foolishness of our own politics after we won. We actually turned them down politically believe it or not. Twenty-five thousand jobs. I hate to think about it.”  And at the forefront of the “political foolishness” is AOC, whose congressional district borders the district which includes Long Island City.  Ocasio-Cortez proudly tweeted in response to Amazon’s announcement:   “Anything is possible. Today was the day a group of dedicated, everyday New Yorkers & their neighbors defeated Amazon’s corporate greed, its worker exploitation, and the power of the richest man in the world.”

Governor Cuomo travelled recently to Israel; on his agenda, drumming up business for the State of New York.  He met with business leaders in different sectors, including drone technology and navigation systems.  He told News 12, “The future for us in New York is going to be growth in the tech economy.”  Although he has been actively pursuing Amazon to reverse their decision, he has also expressed that their doing so is next to impossible.

During the trip Governor Cuomo reiterated New Yorkers’ solidarity with Israel and decried anti-Semitism in the United States and worldwide.  In an interview on WAMC Northeast Public Radio, he stated, “I understand we have an overheated political environment in this country, but we also have a constitution and legacy of accepting and living together and accepting diversity. The Jewish community is a central part of the State of New York. So, you want to have a political difference with Israel, be my guest, but you have no right to turn that into antisemitism,”

Meanwhile, Rep. Ocasio-Cortez continues to compare the detention camps at the southern border to concentration camps.  Many Jewish leaders have been critical of OAC;s remarks, including Associate Dean and Director of Global Social Action Agenda at the Simon Wiesenthal, Center Rabbi Abraham Cooper, who, according to the July 3 article in the JEWISH JOURNAL, called Rep. Alexandria Ocasio-Cortez comparing immigration detention centers on the border to concentration camps an “insult to victims of the Shoah.”  OAC is part of the freshman progressives in Congress who have been vocal in their criticism of Jews and Israel.  Two of her comrades, Ihan Omar and Rashida Tlaib, supported by pro-Palestinian activist groups, have created considerable controversy over their anti-Israeli, anti-Semitic comments.

In 2012, Omar tweeted that “Israel has hypnotized the world, may Allah awaken the people and help them see the evil doings of Israel.” She again expressed these sentiments in  mid-February, when she tweeted that support for Israel in the US Congress was “all about the Benjamins,” suggesting, according to an article in VOX, March 9, 2019 “that the pro-Israel lobby AIPAC was buying off American politicians.” According to a January 8, 2019 article in HAARETZ, an Israeli newspaper, “ Leading Jewish groups in the U.S. denounced a tweet by Congresswoman Rashida Tlaib (D-MI) on legislation against boycotts of Israel and the settlements. Critics say that Tlaib’s tweet implies that these senators have ‘dual loyalty’ to the U.S. and Israel.”  Judging by the company OAC keeps and the antagonism she has created within the Jewish community by her remarks, she appears not to share the views of Governor Cuomo that all New Yorkers are in solidarity with Israel.

Finally, as reported in the WASHINGTON EXAMINER, “Rep. Alexandria Ocasio-Cortez has not yet said who she thins should be crowned the Democratic Party’s presidential nominee in 2020.  Former Vice President Joe Biden is not a pragmatic choice, Ocasio-Cortez told VOGUE, arguing that the current Democratic primary front-runner would appeal mostly to voters who would otherwise support President-Trump—that is, white voters.”  When asked during the News 12 interview about the Democrat candidates running for president, Cuomo said, “I look for heart as much as head. That’s what I get from Joe Biden,”

Two stars revolving around the same sun but only on the matter of Trump do their stars align!