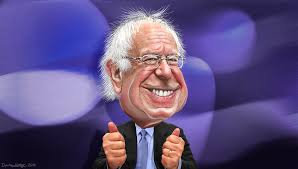 Bernie Sanders’ proposal to erase student tuition debt and provide free college for all has some serious flaws and discriminates against those of you who have struggled over the years to pay back your own college debt.  Will the government be reimbursing you?

The college debt elimination proposal does not address the responsibility on the part of the student who accrued the debt.  Did the student and their family make realistic decisions when selecting a college?  Did they weigh the cost of the college vs. the financial remunerations anticipated from the career or fields they were seeking to enter?.  Case in point, a young man in New Jersey who had graduated at the top 10% of his class, elected to attend a two-year tuition free community college, as part of New Jersey’s STARS program, since he was not ready to select a career path.  He had been offered $20,000 in scholarship money per year to the University of Vermont, but it would have resulted in substantial student loans.   Another young woman from Vermont elected to give up a partial scholarship to Ithaca College for a full scholarship to the University of Vermont.  Ithaca has a music program which particularly interested her; however, she realized that she would be pursuing a relatively low paying career as a music teacher, so avoided assuming a student loan.  According to a Bloomberg article by Laura Litvan and Shahien Nasirpour, 6/24/19 “widespread struggles are at least in part a consequence of the fact that virtually anyone can borrow from the U.S. government to pay for college, with effectively little check on their ability to repay.”  If students and parents do not exercise discretion in their school choices, why then should the $1.6 trillion in student debt be whisked away to be added onto the garbage heap of U.S. unpaid debt?

The same article purports “more than 1 million Americans annually default on a student loan, U.S. Department of Education data show, and about 1 in 9 borrowers are at least 90 days late on their debt, the highest delinquency rate among any form of household debt, according to the Federal Reserve Bank of New York. The Education Department owns or insures more than 90% of all student debt.  But with joblessness at near record lows, rising wages and a growing national economy, experts question why so many Americans are unable to pay their student loan bills.”  Is it because they are choosing to ignore their debt for the purpose of spending this money on enhancing their lifestyle instead?

To determine if student debt is a true hardship for those so encumbered, these debtors should be encouraged to file for bankruptcy under the Brunner Test, the most common test to get student loans discharged.  The test requires that the debtor cannot maintain a “minimal” standard of living based on current income and expenses; that this is a sustained situation over most of the life of the repayment period and that the debtor has made a good faith effort to repay the loan.  Currently, filing for relief requires an additional petition to the bankruptcy process.  With modifications to the current requirements, perhaps a path through bankruptcy might be the best solution, while still holding people accountable, but giving them an opportunity to eventually become debt-free.

The second part of Sanders’ proposal, free college tuition for all at a cost of $2.2 trillion over ten years, simply demonstrates that there is no such thing as “a free lunch.”  In this case, Sanders wants Wall Street to pay by taxing financial transactions.  Kenneth E. Bentsen Jr., chief executive officer of the Securities Industry and Financial Markets Association, said in an online commentary published this month, “Such a tax never raises anywhere close to the revenue promised, while wreaking havoc for investors and markets,”

The proposal is dependent on a 2 to 1 Federal match with states.  Federal-state partnerships are difficult to implement as demonstrated by many conservatives states’ refusal to participate in Medicaid expansion, severely impacting Obamacare.  Additionally, states in recent years have had little appetite for expanding support of higher education.  According to Robert Birgeneau, Professor, Physics, in a Berkley Blog, 2/29/16, referring to the state of California, “in 2004, the state provided 29 percent of Berkeley’s budget; now it is about 12 percent and shows no sign of improving.”   Additionally, states’ responsibility will be exacerbated if all high school graduates elect to go to a “free” university.  Will there be space to accommodate their influx?  Where will the money for property and facility expansion and maintenance, additional human and technical resources come from?  Increasing state taxes?

The biggest problem among some Democrats is that the government will be subsidizing those students and families that can afford to pay for schools of higher learning.    According to Birgeneau, in his Berkley Blog, providing free education to all will interfere with the objective of subsidizing low income students through the current practice of “return to aid.”  This is a means of redistributing wealth within universities and is prevalent among most public universities.  “In the University of California system, those who can afford tuition will spend about $14,000 a year for in-state tuition and fees, and $38,000 for out-of-state tuition and fees “   The return-to-aid program in California subsidizes  low-income students educational expenses, including food, shelter, books and computers, which, Birgeneau notes “typically make up over half of the total cost of attending college.  At UC Berkeley and UC Davis, return to aid from international students provides significant financial aid for middle-class Californians too.”  Prof. Birgeneau expressed his fear that free college for all will be detrimental to the lower income class and end up excluding them from attending college.

Finally, there is no accountability for students attending “free” colleges and universities.  There is no mention of maintaining a specific GPA or other criteria which must be met.  College is not for everyone.  According to statistics presented in a CNBC report by Annie Nova, 6/26/2018, “40% of college graduates take positions out of school that don’t require a degree and more than 1 in 5 still aren’t working a degree-demanding job a decade after leaving school.”

When there are so many programs, proposals and issues vying for finite dollars is free college for all an effective use of taxpayer dollars, whether these dollars come from investors in the stock market, blue collar workers or college professors?