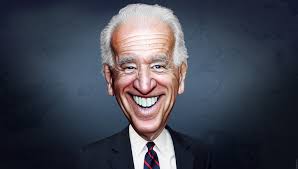 As the national race for the Democratic nomination for President in 2020 kicks into high gear with debates on June 26 and June 27, the race is Joe Biden’s to lose as he has led every single poll against his Democratic opponents both nationally and in statewide races compiled by Real Clear Politics since the end of April.

Biden’s advantage comes as having served as Barack Obama’s vice president from 2009 to 2016, with the highest name identification.

At this point in the 2016 cycle, Hillary Clinton was leading all of the polls on the Democratic side, and Jeb Bush was temporarily leading a few polls for the GOP nomination in June 2015 but soon trailed to then candidate Donald Trump who dominated the field starting in July 2015.

Biden is being viewed as the “safe” candidate to take on now President Trump, even as some his utterances and votes on trade issues might make him ill-suited to take on Trump, particularly in the Rust Belt states that gave Trump a majority in the 2016 Electoral College in Pennsylvania, Ohio and Michigan.

Biden voted for NAFTA and granting China permanent normal trade status, and the Obama White House he served in proposed the 12-nation Trans-Pacific Partnership and served as its leading spokesman in Congress. He thought he could pressure House Democrats into voting for it, telling them at a yearly retreat in 2016, “I know a lot of you don’t like TPP, but you’re going to have to see me.”

In May, Biden said at a campaign stop in Iowa, “China is going to eat our lunch? Come on, man…they can’t even figure out how to deal with the fact that they have this great division between the China Sea and the mountains… they can’t figure out how they’re going to deal with the corruption that exists within the system. I mean, you know, they’re not bad folks, folks. But guess what, they’re not, they’re not competition for us.”

Biden also claimed in a fundraising call in April that world leaders were begging him to run: “I get calls from people all over the world — world leaders are calling me — and they’re almost begging me to do this, to save the country, save the world.”

It is not hard to conceive how the Trump campaign will take advantage of these positions as the campaign unfolds, portraying Biden as a globalist who does not agree with the union and conservative households that voted for Trump in 2016.

Biden’s biggest advantage is the perception that he is the one who can beat Trump among working class voters, but what if that assumption does not resemble reality come Nov. 2020?

So far, the rest of the Democratic field, including Vermont Senator Bernie Sanders, Massachusetts Senator Elizabeth Warren and California Senator Kamala Harris, have been unable to really lay a glove on Biden, perhaps in an effort not to damage the eventual nominee.

That will probably begin to change at the debate, but his opponents have to be willing to get their hands dirty. Are they?

Democrats may be ignoring the risk that Biden might be another George McGovern or Walter Mondale, both senior Democratic senators that went on to lose 49 states in 1972 and 1984, respectively.

In Mondale’s case, he also served as Jimmy Carter’s vice president and some early polls including a 1982 poll showed he led Reagan, giving Democrats a false impression that he would be competitive. Reagan went on to win the election by 18 points.

John Kerry, who was also a senior Democratic senator from Massachusetts, was tapped by the party in 2004 to take on George W. Bush. Certainly that election was narrower than 1972 and 1984.

This is in no way predicting an eventual Trump triumph in 2020 or some sort of landslide, but it is worth noting that the past three Republican presidents who got reelected, their opponents came from the Senate and in some cases were considered favorites to win. Biden appears to be leading early polls against Trump, too.

The last Republican president to lose after a single term was George H.W. Bush, and he lost to then Arkansas Governor Bill Clinton and nobody heard of him until after he won the South Carolina primary and then his Super Tuesday rout of his opponents in 1992.

Biden’s opponents should be aware that history may be repeating itself again. The question is if they smell blood or not. Stay tuned.