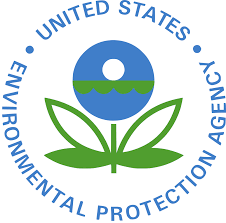 The Environmental Protection Agency (EPA) under President Donald Trump has finally rescinded the Obama era Clean Power Plan that sought to end coal as a form of electricity and puts states in the driver’s seat in terms of regulating carbon emissions rates.

But because Congress has left the 2009 carbon endangerment finding in place the probability is that carbon emissions will once again be regulated nationally as a harmful pollutant under the Clean Air Act as soon as Democrats are back in power.

Per the EPA release on June 19, the Affordable Clean Energy rule “establishes emissions guidelines for states to use when developing plans to limit carbon dioxide (CO2) at their coal-fired power plants. Specifically, ACE identifies heat rate improvements as the best system of emission reduction (BSER) for CO2 from coal-fired power plants, and these improvements can be made at individual facilities. States will have 3 years to submit plans, which is in line with other planning timelines under the Clean Air Act.”

The Clean Power Plan, initially proposed in 2014 and finalized in 2015, was designed to reduce carbon emissions by retrofitting existing coal power plants and making the costs of building new ones so onerous that it nobody would bother investing.

It succeeded, even as the Supreme Court eventually stayed the rules’ implementation in Feb. 2016. The problem for the coal industry was the initial Obama EPA regulations aimed at coal power plants started being proposed in 2011, and surely the 2009 carbon endangerment finding had an impact on industry decisions as well.

Everyone could see which way the wind was blowing and coal plants were taken off-line and replaced with cheaper natural gas, and the new plants built also run on natural gas.

In 2007, coal-generated electricity made up 49 percent of the total U.S. grid, while natural gas was just 21 percent, according to the Energy Information Administration.

Just by getting the process started in 2009, the Obama EPA had signaled a sea change. You’d have to have been crazy to invest in coal electricity generation after that.

To be certain, under the new EPA proposal, the carbon emissions rules have been eliminated, to be certain. The EPA’s new plan will leave it up to states to determine what rates of carbon emissions will be allowed. Presumably, this will allow some states that want to keep their coal power plants to do so. It buys some time.

But the trajectory remains the same.

The law of the land remains the Massachusetts v. EPA Supreme Court decision in 2007 that carbon dioxide could be regulated under the terms of the Clean Air Act even though the law never contemplated doing so. It’s what made the carbon endangerment finding possible and essentially why it would be a speed bump to rescind it. It could just be issued again, consistent with the 2007 ruling.

The Trump EPA was left to do what it could under the existing statutory and regulatory framework, mindful that it is much tougher to rescind regulations than to modify them and have courts uphold it.

In 1983, the Supreme Court unanimously decided in Motor Vehicle Manufacturers Association v. State Farm Mutual that in rescinding a regulation, the agency must provide a reasoned analysis, “for the change beyond that which may be required when an agency does not act in the first instance.” That has left every rescission subject to judicial review, where you have to prove not only that rescinding the regulation in question is rational based on the statutory scheme, but prove that enacting it was irrational to begin with.

Meaning, the current outcome, which modifies the Obama regulations by relaying decision-making on carbon emissions to the states, may be the best that can be hoped for via regulation under the current law.

All of which underscores the need for Congress to act. Congress could have addressed this issue in 2017 and 2018 when Republicans controlled majorities in both chambers of Congress, and clarified the terms of the Clean Air Act either by reforming the statute or by defunding implementation of the Obama era regulations but that was not even attempted. Undoubtedly such a move would have been filibustered.

Americans for Limited Government President Rick Manning issued this statement in response to the EPA’s action saying, “The EPA action is a step in the right direction but by leaving the carbon endangerment finding in place, the knife is still at the throats of the coal industry. Although the new standards some states will adopt should be technically feasible for coal power plants to still exist, it will remain a risky endeavor to invest when the carbon allowed standard is one national or state election away from becoming technologically impossible again.”

So, if the goal is to help reduce the long-term costs of producing coal-based energy, the Trump EPA approach certainly has afforded time for power plants to continue operating and maybe build a few new ones and has shifted for now the focus to states and what degree of regulation they wish to implement. When Democrats return to power, Federal courts may yet halt future attempts to repeal these new rules, too, so there is something of a firewall.

But to prevent any more attempts to regulate carbon nationally, Congress must reform and amend the Clean Air Act to foreclose the possibility of carbon emissions regulations. Otherwise, it’s just a matter of time and an election cycle or two and the War on Coal will begin again — with the Green New Deal not too far behind.