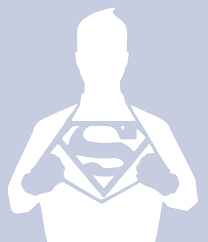 Who are superdelegates?  Are they like super sleuths, super mario, super human or superman? Actually, they are unpledged delegates from each state to the Democrat national convention and are generally comprised of members from the party establishment.  They were created in 1982 for the purpose, according to NBC News, to prevent a populous candidate from achieving the nomination.  According to NBC News in April, 2016:

“Superdelegates are unpledged delegates to the Democratic convention, meaning that they aren’t beholden to the results from the primaries and the caucuses (the way pledged delegates are). They are, for the most part, current and former Democratic politicians. They make up 15 percent of all delegates (714 out of 4,765) — down from 20 percent in 2008. And they are free to support the presidential candidate of their choice at the convention.”

NBC News reported that the count as of 4/11/2016 showed Hillary Clinton leading Bernie Sanders by 460 to 38 in superdelegates.

No wonder Bernie and his supporters were pissed.  The fix could be demonstrated by the results of the New Hampshire primary where Bernie had 60.4% of the poll votes vs. Hillary’s 38%.  Yet all 6 super delegates from New Hampshire gave their votes to Hillary at the convention.

Bernie Sanders is the oldest candidate running for the 2020 presidency.  He is a life-long politician who has served as an independent in Congress in the House of Representatives and currently, as junior senator from Vermont and he caucuses with the Democrats.  He is a self-proclaimed democrat socialist and progressive and has become the guru or cult leader for the progressive left and their policies.

History is again repeating itself with Sanders as the Democrat progressive candidate running for the second time for the presidency and this time, the establishment candidate is Joe Biden, the “third time is the charm” candidate and, like Hillary, another member of the Obama team, serving as his vice president.

Deja vu.  Not if Sanders and his supporters can help it.  They and others were instrumental in changing the superdelegate process for 2020. In fact, these delegates are now being referred to as “automatic” delegates to improve public perception. The superdelegates/automatics cannot vote in the first round of the convention’s nomination proceedings unless the outcome is apparent.  That means without the superdelegates, a candidate would need to win 1,885 of the 3,768 pledged delegates votes.  If it goes into round two, three, or four, superdelegates will be voting, changing the votes needed to 2,267 out of 4,532 delegates.  However, the field is somewhat leveled in the second and succeeding rounds since the pledged delegates are freed to vote for someone other than the candidate to whom their vote had been pledged in the first round.

There are 22 candidates currently declared as candidates for the Democrat nominee for president.  The debates start in June and the field should begin to narrow down as the debates progress—but by how much?  There is a huge divide in the Democrat party between moderate and progressive—the party establishment and the liberal socialists.  Of the 22, there are only a couple of candidates that can be identified as moderates.  When the finalists converge upon the Democrat national convention, the change in the superdelegate process may be the primary factor influencing the outcome–and the undoing of the Democrat party!