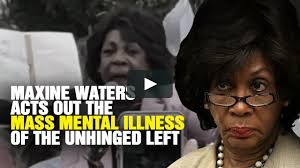 Afraid of who in the government is looking at your information?  You should be.

The recent events with Richard Neal, Chairman of the House of Representatives Tax Writing Committee, requesting six years of Trump’s tax returns and Jerry Nadler, Chairman of the  House Judiciary Committee ,demanding to see the unredacted Mueller report highlights just how easy members of Congress may be able to obtain and leak information—it could be yours!

Imagine your personal information in the hands of a bartender-turned-politician from New York’s 14th congressional district who was voted into office because of a low turnout and the laziness of the then incumbent and tweets like a bird in heat.  Or worse, an anti-Semite who refers to “9/11” as “someone doing something,” eerily reflective of Iran who claimed the Holocaust never happened.

Scary as well is Maxine Waters, Chairman of the Financial Services Committee.  During a recent congressional hearing of top Bank CEO’s, she seemed not to know that banks had stopped handling student loans since 2010 when the government took over.  Yet, she’s been serving since 1991 and this is her 15th term in the House.  DAH!

Are these really the kind of people we want to trust with governing our country and to grant them access to the country’s most top secrets, as well as our own personal information?

When you are electing individuals into office, or more importantly, when you fail to go out and vote for the right people to represent you in Congress, you are left with a group of individuals who serve their own self-interest, or subscribe to ideologies which you had no idea they espoused.

Shame on all of us by ignoring our civic duties or rubber stamping candidates whose  agenda we spend less time probing then we would a melon we’re buying in the supermarket.