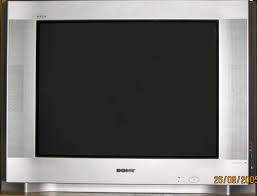 If you are tired of hearing that America is a racist society, just watch the T.V. commercials and shows on the major networks.  Reparations be damned.  Apparently, a substantial percentage of American consumers who are buying the advertised products on TV must be Black yet Blacks only make up about 13% of the American population!  It appears that is what advertisers at least seen to believe based on the racial make-up of their commercials and shows they sponsor.

If you think you are seeing more and more Blacks, less and less Whites, Hispanics and Asians and more interracial marriages between African Americans and Whites, you are not alone.  Just google the question:  “Why so many Blacks on TV?”  A series of blogs, reports and articles will appear showing that you are not the only person asking this or similar questions.

In 2000, the authors of the book, “The Black Image in the White Minds: Media and Race In America,” took a sample of 1,620 ads on ABC, NBC and Fox, which showed African Americans appeared in 32% of the ads.   They have not done a follow-up study; nor is one easily found, but some people are conducting their own surveys.” In a 2017 article in “journal-isms”, an 80-year old White retiree from Arizona was reported as noticing the proliferation of Blacks on TV, particiularly in commercials.  According to his count, “nearly 50% of the folks in commercials are African Americans.”

Whatever the reason–fear of perceived racism; political correctness; belief that diversity is what appeals to American consumers–companies and entertainment  have increased the number of Blacks–singly, as families and  also interracial white and black marriages–in their T.V. commercials and shows.

This, however, does not seem to mirror reality.  Whether it’s 32% or closer to 50% of Blacks in T.V., it is disproportionate to the percentage of Blacks—approximately 13%– in the American population In spite of the numerous happy African American families on T.V., 70% (according to Don Lemon, CNN) of black children are born to single mothers.

The fixation with interracial marriages between Whites and Blacks is particularly interesting.  In 2017, Pew Research Center published key facts about race and marriage. “Asian and Hispanic newlyweds are far more likely than Black or White newlyweds to marry someone of a different race or ethnicity.”  Pew reported the percentage of interracial marriages breaks out as follows: 12% of white men and 10% of white women and 24% of black men and 12% of black women  marry someone of a different race or ethnicity;  whereas 38% Asian men and 54% Asian women and 26% Hispanic men and 28% Hispanic females are in interracial marriages.

Diversity is great, but it can backfire if it is not balanced. Hispanics comprise the largest minority group at 18% and they, along with Asian Americans, are basically ignored in TV commercials and shows. Contrary to the belief of some—“ALL LIVES MATTER !”