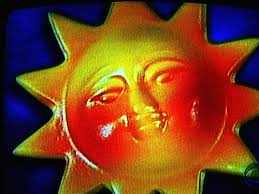 CBS’s Sunday Morning Show for 22 years was hosted by Charles Osgood, and before him, Charles Kuralt and presented a series of vignettes related to history, art science, literature, travel and entertainment.  It introduced you to little known events that you might want to add to your bucket list such as the Firefly Show in the Smokey Mountains in June and the World Ice Art Championship in March.

Unfortunately, after Charles Osgood’s retirement, with the hiring of Jane Pauley, entertainment represented mainly by Hollywood seemed to overtake the other categories, with politics being added to the mix.  This is not surprising since Ms. Pauley is currently married to Doonesbury cartoonist, Gary Trudeau, who was quoted in THE WASHINGTON POST as saying “If Trump wins, I’ll miss civilization as we know it.”  The family shows that many of us were excited to watch every Sunday has turned into just another source of Democrat propaganda.

The show, which has been going steadily downhill, hit an all-time low when the Kathy Griffin interview aired on its March 31 show.  Ms. Griffin is a risqué, uncouth comedian whose career went in the toilet after she posed for a picture holding what appeared to be the head of President Trump, dripping with blood.  She thought this was funny.  Fortunately, there was enough outrage at this in the country, forcing performances to be cancelled, which included her CNN annual New Year’s Eve gig with Anderson Cooper.

So why it was necessary for CBS Sunday Morning to provide Ms. Griffin with a bully pulpit and what is the moral to this story that Jane wants her viewers to take away from the interview?  Is it that no matter how obnoxious or crude you may be you too can land back on your feet?  Ms. Griffin apparently has had some success in remaking her career in Europe.  BUT WHO REALLY CARES?