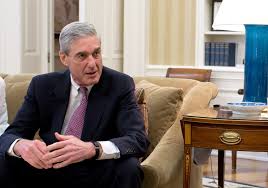 Thanks to the Russiagate hoax that sought to falsely frame President Donald Trump as being a Russian agent when he wasn’t, the world has undeniably become a more dangerous place, as America’s partners overseas have had to contend with the real possibility that Trump would be removed from office.

As it turns out, President Trump is not going anywhere, with Special Counsel Robert Mueller concluding the Justice Department’s three-year investigation, quoted in Attorney General William Barr’s letter to Congress: “[T]he investigation did not establish that members of the Trump Campaign conspired or coordinated with the Russian government in its election interference activities.”

But what deals overseas were lost because of the specter of the investigation?

A recent example came last month when President Trump and North Korean leader Kim Jong Un’s summit in Hanoi, Vietnam abruptly ended without a deal on denuclearization. Democrats on Capitol Hill had cynically arranged for former Trump lawyer Michael Cohen to testify before the House Oversight Committee against his former boss the same day, which dominated news headlines while the summit was ongoing.

It didn’t matter that Cohen ultimately offered testimony that was exculpatory for Trump — he had never been to Prague in 2016 to meet Russian agents as had been alleged and Trump never directed him to change his testimony to Congress on a potential real estate deal in Russia — the damage may have already been done.

On March 3, Trump took to Twitter to blast the outcome, stating, “For the Democrats to interview in open hearings a convicted liar & fraudster, at the same time as the very important Nuclear Summit with North Korea, is perhaps a new low in American politics and may have contributed to the ‘walk.’ Never done when a president is overseas. Shame!”

“The Mueller report isn’t a game changer, but it should encourage China to keep up recent momentum in trying to finalize a deal with Trump… [T]he fact that an impeachment looks less likely will be meaningful for Beijing’s calculus,” Eurasia Group Asia director Michael Hirson told CNBC.

Similarly, The Economist Intelligence Unit Asia regional director Duncan Innes- Ker told CNBC, “The fact there wasn’t any smoking gun, indictment of Trump or Trump family members, puts the administration in a better position to fight for the 2020 election — and that has implications for the trade talks.”

The opposite line there is that while there was still the possibility of Trump being prosecuted or impeached, China felt it should just wait Trump out. Why make any concessions to a president who was about to be removed?

Now world leaders have to contend with the likelihood that Trump will be reelected in 2020.

While the trade talks directly impact China’s economic relationship with the U.S., they also impact how the two superpowers are going to interact going forward. This leads to the question, that if U.S. and Chinese differences on trade cannot be resolved diplomatically now, how will they be resolved later?

The same can be said of U.S.-Russian relations in the aftermath of the 2016 election campaign, where Russia was simultaneously accused of interfering with the election on behalf of Trump by hacking the DNC and John Podesta emails and putting them on Wikileaks and cultivating him as a Russian agent to serve in the White House.

Both sets of allegations led to intelligence agency and Justice Department investigations and were eventually under Mueller’s umbrella. During that time, tensions have absolutely mounted between the U.S. and Russia on nuclear weapons and hotspots like Syria and Ukraine and made the possibility of armed conflict more likely.

One year ago, U.S.-led forces in Syria were attacked by Russian soldiers, where more than 100 Russians were killed in the battle. Fortunately, both sides agreed publicly that the incident was not officially sanctioned by Russia, in what Bloomberg View’s Eli Lake calling it akin to Plato’s “noble lie,” an effort to prevent a wider escalation of tensions between the two superpowers.

The 1987 Intermediate Nuclear Forces (INF) Treaty has been abandoned by Washington, D.C. and Moscow, as both the U.S. and Russia have contended each side was in violation of the treaty with the development of ground-based missile systems banned by the treaty. The INF Treaty was the first ever nuclear arms reduction treaty in the nuclear age. It laid the groundwork for the 1991 Strategic Arms Reduction Treaty (START). Both of those in turn built off of the Strategic Arms Limitation Treaties of the 1970s and the Nuclear Nonproliferation Treaty (1970). New START, signed in 2011 and expiring in 2021, could be the next to fall in the wake of the Russia hysteria.

More recently, Russia has just put troops in Venezuela to assist the beleaguered Maduro government and to create a deterrent against potential U.S. intervention there.

All the while, the overwhelming perception has remained that Russia intervened in the 2016 elections.

Disputes over Russia’s annexation of Crimea also remain at the forefront as Ukraine remains a potential hotspot that could draw the U.S. into conflict.

Last summer’s Helsinki summit between Trump and Putin might have been an opportunity to deescalate these tensions and shore up the nuclear security agreements. But that didn’t happen and it is hard not to point to the Russiagate allegations against Trump as having hampered those efforts.

In short, the red phone line has been cut.

Even today, despite the Mueller report’s findings of no collusion, doing a deal would not be easy for Trump, even if coming to an agreement might salvage or strengthen nuclear arms control agreements and benefit humanity by curbing an existential threat.

The problem is in 2016, Trump ran on trying to deescalate the relationship with Russia, and the U.S. national security apparatus launched the Russiagate investigation on him in response, kneecapping the entire presidency in the process.

Now, with Democrats unable to acknowledge the no-collusion finding, any potential agreement remains under a cloud of warrantless suspicion.

U.S. presidents all the way back to Franklin Roosevelt have always been able to talk directly with Moscow without the specter of such an investigation. Yet despite everything that has happened, it is still up to President Trump to attempt to repair the relationship, defuse these hotspots and salvage what remains of nuclear arms control agreements. We need to get back on the same page — for everyone’s sake.