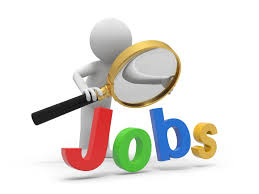 Job openings rose to nearly 7.6 million in January, data by the Bureau of Labor Statistics shows, outpacing unemployment of just 6.2 million for the eleventh straight month.

And that unquestionably means that the U.S. economy under President Donald Trump is still expanding. There are more job openings than job seekers, as everyone who wants a job, can find a job.

Usually job openings tend to contract during recessions, as layoffs ensue and businesses scale back. But that’s not what we’re seeing right now.

In fact, in the latest jobs report, 250,000 more Americans said they had jobs, bringing the total to 4.8 million new jobs since President Trump took office.

When you look at separations, the percent of which are quits has risen from 57 percent in January last year to 63 percent this year, indicating that individuals are so confident they will find another job (or already have) that they are not worried about potential job loss.

The sheer number of job openings tell you that there is spare capacity in the economy to grow some more. It is fair to say that the economy might be growing even faster if the job openings could be filled faster.

Labor participation among 16-to-64-year-old white males including Hispanics is now up to 80.7 percent while among females it is 69 percent and rising. That’s where there is still room for growth.

To be fair, the job openings data is released about a month behind the monthly unemployment report and so is very much a look in the immediate rearview mirror. But the numbers are good. What can be said is that so long as the number of openings remains elevated or continues rising no recession will be foreseeable on the horizon. And that’s good news for all Americans.