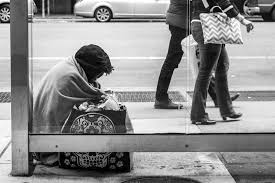 Looks like NYC’s SOTA program is just another example of government’s—in this case city government’s—inability to provide effective programs aimed toward assistance to the poor and underserved.

Under SOTA—Special One-Time Assistance– the Department of Homeless Services (DHS) will pay one year’s rent upfront for housing outside the five boroughs of NYC, particularly in New Jersey,, for qualifying individuals/families currently in NYC homeless shelters.  One of the main criteria for qualifying is that the individuals/families are working or have some form of income from SSI, SSD, etc. so they have the potential to continue paying rent at the expiration of the year.  Does this mean that the Big Apple, a sanctuary city, welcoming unlimited, undocumented aliens, can’t provide affordable housing for its own citizens?

According to the Coalition for the Homeless, as of December, 2018, there were 63,498 homeless people, including 15,485 families with 22,899 children, sleeping in NYC’s shelter system.   And what is NYC’s solution to finding them housing—get rid of them!  Recently, local Channel 12 News has reported on several families who have been relocated to housing in East Orange and Newark, New Jersey.  In one instance, NYC’s DHS, paid a landlord in New Jersey $17,000 for a year’s rent sight unseen.  It turns out the housing provided had no heat or hot water.  Other citizens of NYC deported  to New Jersey cities have complained of similar problems, as well as housing still in the process of renovation or so filthy, making the accommodations unlivable.

It appears that NYC has decided to take a pragmatic approach to the homeless by making them some other state’s problem.  But, as long as the homeless are regarded as a “problem,” there will be no solution.

Temple Li is the news editor for E

Empire State News, where she frequently authors her own editorials (just because she feels like it). She graduated at the top of her class at a mediocre college, infuriating her professors with her conservative wit and sultry charm. Empire State News allows Ms. Li to make a living, and to have a platform to tell people what she thinks. What could be better than that?