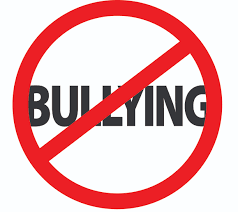 Granted, $250 million is a little over the top for compensation from The Washington Post as part of the suit against this newspaper brought by the parents of Nick Sandmann on his behalf.   However, it is a drop in the bucket for the richest man in the world, Jeff Bazos, who is its owner and also founder of Amazon and it is the amount paid by Bazos for the purchase of The Washington Post.

Nick Sandmann, a 16 year old from Covington Catholic High School in Parks Hills, Kentucky,  was recently bullied and defamed by many in the media, as well as Hollywood, over an incident occurring during the March for Life in January.  He, along with fellow students, was caught up in events involving a Native American Rights Activist, Nathan Phillips, while waiting for a bus at the Lincoln Memorial.   An initial video of the incident caused the media to jump the gun and come out strongly against this young man.  Subsequently, the full video revealed an entirely different scenario, putting the aggressive behavior squarely at the feet of Mr. Phillips.

Nick and his family appear to have a legitimate reason to seek retribution and no one should know that better than Bazos himself.  Where is Bezos’s empathy for this young man?  Hasn’t Bezos suffered from a similar experience at the hands of the National Enquirer, who threatened to publish lewd texts and photos that Bazos sent to his girlfriend, Los Angeles T.V. personality, Laura Sanchez?  During January and early February Bezos was involved in heated negotiations with David Pecker, CEO of American Media, the parent company of the National Enquirer, over these by-products of his affair.

The Sandmanns are now using the courts as their pulpit against the bullying by a newspaper that should have investigated all the facts before publishing.  Bezos considered buying the National Enquirer to squelch the publication of comprising materials which happened to be legitimate, unlike what was reported about Nick.  Let’s face it, Nick and his family cannot afford to buy The Washington Post….or maybe they can, if awarded the $250 million!