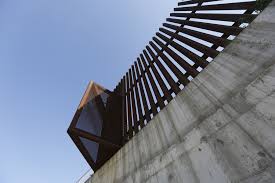 Congressman Louie Gohmert (R-Texas) got it 100 percent correct when in response to President Donald trump’s declaration of a national emergency on the southern border he suggested that the state of Texas “should also consider a similar declaration” of national emergency due to the illegal immigration invasion in a statement released on Friday, February 15, 2019.

In fact, a declaration by the Texas legislature of an emergency based upon what Gohmert terms “a blatant invasion happening at our border” would trigger Constitutional remedies for the situation through a little-known portion of the U.S. Constitution. Article 4, Section 4 reads, “The United States shall guarantee to every State in this Union a Republican Form of Government, and shall protect each of them against Invasion; and on Application of the Legislature, or of the Executive (when the Legislature cannot be convened) against domestic Violence.”

Now that the President has declared a state of emergency at the border, it would be the ideal time for the state of Texas to join in that declaration.  In doing so, they would compel the President to provide critical assistance to the state under the Constitution and end obstructionist objections to taking necessary measures to secure the border.

Additionally, the U.S. Departments of State, Homeland Security and Treasury can jump into the action by declaring the drug cartels which control much of the Texas/Mexican border as terrorist organizations.  In doing so, the Treasury Department can begin shutting down the money flows of those targeted cartels as they have done with the government of Iran or North Korea. The State Department can work with the Mexican government to secure a deal that isolates those cartels from protections of that government allowing U.S. operations within Mexican sovereign space. And Homeland Security can deploy rapidly to build the congressionally authorized portions of the wall, allowing other agencies to fund and build appropriate barriers throughout the various federal lands and local cities that Congress tried to turn into safe spaces for human and drug traffickers.

Perhaps most importantly, a response to a declaration from the Lone Star state government would put the issue squarely in the Fifth Circuit, and away from the loony left Ninth Circuit.  While any actions along the border between California and New Mexico would be tied up in the imaginary world which the Ninth Circuit operates, the Texas border would be secured as best as possible outside of the jurisdiction of a court gone mad.

With all of the discussion of the border funding fight, the actual pathway to border security is only in about the fifth inning and it is time for the state of Texas to come up to bat and swing for the fences.