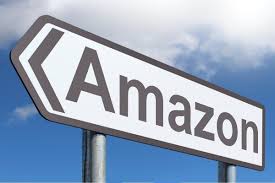 The disarray within the Democrat party is highlighted in Amazon’s recent pulling out of their plans for a second headquarters in Long Island City.  The short-sightedness of the socialist left politicians has resulted in the loss of long-term  net revenue benefits of approximately $24.3 billion and 25,000 to 40,000 new jobs  over a 25-year to longer period.   The resistance evinced by these politicians directly impacted Amazon’s reconsideration of their decision, as they felt that cooperation from the community leaders was paramount to successful implementation of their planned HQ2..

The $3 billion offered by New York City and New York State, the majority of which were in tax incentive, apparently overshadowed the huge benefits anticipated in jobs and tax revenue and  caused these politicians to voice their objections.  By doing so, they exhibited their ignorance in claiming that the $3 billion should be used for repairing the crumbling subway system and improving housing.  They failed to realize that at least $2.5 billion were tax incentives—not cash currently in the New York City and State coffers.  These politicians are also not listening to their own constituents.  In a recent Quinnipiac University Poll, 60% vs. 26% of Queens voters were supportive of Amazon’s HQ2 coming to Long Island City.

Both de Blasio and Cuomo have had to stand helplessly by while their fellow democrats have caused the loss of future revenues which could have improved the transit system, housing and overall quality of life for the citizens of New York, particularly those in Long Island City.  However, the Dems have nobody to blame but themselves, starting with the lazy Democrat incumbent who let AOC win in the 2018 primary, resulting in her election.

“Ciao” can be a salutation for either hello or good-by.  In the case of Amazon and New York City, it means both!

Welcome to the beginning of the Green New Deal……