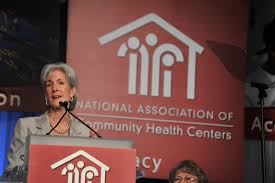 Not-for-profit organizations providing health care services to the poor are fertile grounds for fraud and abuse.

Despite all the apparent oversight of not-for-profit organizations that receive grants, enhanced reimbursements, substantial subsidies for the indigent and other benefits, Boards, CEO’s and other key management staff continue to manipulate the system and skim money into their own pockets.   Unfortunately, the incentives are not there for employees and other members of the community to challenge them when they become aware of these activities.

The government abounds in agencies and units investigating medical fraud.  The arm of the Federal government that deals with medical fraud and abuse includes agencies and units within the Office of Inspector General; Health and Human Services; the Department of Justice; the FBI; and the Centers for Medicare and Medicaid.  State governments have departments and agencies dedicated to finding and punishing medical entities and individuals abusing the system, and although some of their names vary among states, their missions are similar.  The Office of Attorney General; the Departments of Social Services; Policy and Financing and Community Health Departments, Medicaid Inspector Generals, along with local district attorneys and police, all are involved.

These agencies’ success stories generally relate to  large organizations, hospitals, pharmacies and medical suppliers involving significant amounts of money.  Many are reported by whistleblowers who are protected under the False Claims Act.  The caveat is that the whistleblower has to retain an attorney versed in medical fraud and abuse in order to file under the False Claims Act and to avoid adverse repercussions.

But what recourse does an employee/whistleblower have who works in a small organization that is committing medical fraud?  They generally can’t go to an attorney in order to gain protection under the False Claims Act because the settlements will not be significant enough to entice an attorney to take on the case or else the employee cannot afford to pay the attorney’s fees.  So what are their alternatives?

File a complaint with one of the agencies listed above and hope that there are no reciprocal lawsuits against them from the organization?  Divulge the information anonymously and leave it to fate to get into the appropriate hands?  For most people, these are not whistleblower-friendly options.  So they either leave their jobs and move on to another or just turn a blind eye, hoping that someone else will report the problem.

In the meantime, combined together, what appears as fraud on a small scale can add up to significant loss of dollars and abuse to the populations in the communities these organizations are supposed to serve.