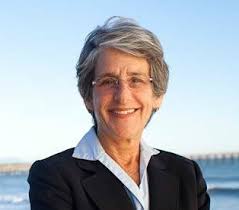 It all began with Clinton’s famous, “it depends on what the meaning of the word ‘is’ is.”

This was apparently the inspiration for the recent decision of a California State Judiciary Committee Chairwoman (Dem) to challenge the English language rules of grammar and ban the pronouns “he, she, him, her” at legislative hearings.   In keeping with California’s embracing the non-binary designations on birth certificates and licenses, “they,” as Madam Chairwoman now refers to herself, has changed the committee rules and is requiring all participants to refer to each other in the plural when using pronouns.

This, of course, presents problems with the verbs that follow or proceed the pronoun.  When referring to one individual, should it be “they is,” to reflect the singular?   To be a fly on the wall of those committee hearings!  Hopefully, there are no English teachers in attendance.  They, a.k.a. Madam Chairwoman, had problems of “their” own in implementing these new rules and reportedly was corrected fourteen times during the course of the first day of implementation.