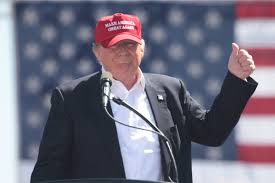 The latest job numbers are in and they’re great news for America, showing that the American economy remains robust with 312,000 jobs created, and average job gains for the past three months totaling an incredible 254,000.

The left-wing media has been desperately trying to talk down the Trump economic boom over the past two months citing the notoriously volatile stock market as their source of concern. The latest unemployment report puts that to rest for now.

America continues our historic reversal of the Democrats death sentence for the manufacturing sector with more than 500,000 manufacturing jobs created over the past two years with 32,000 new jobs in December alone.

Overall, 2.9 million more Americans are employed now than were in December of 2017, and 4.8 million since President Trump took office.

The unemployment rate remains quite low at 3.9 percent.

Labor participation too is accelerating, up to 63.1 percent in December.

The truth is that Americans are working in record numbers, wages continue to rise modestly, our manufacturing plants are running on overtime and inflation remains stable with the unadjusted Consumer Price Index for the past six months running at 1.8 percent with the twelve month unadjusted rate at 2.2 percent.

The job and inflation facts are indisputable.  America is working, wages are rising, inflation is under control, and most of America should just now begin to realize the individual household benefits of the tax cuts.

Like President Donald Trump promised, his economy is making America great again as the government dependency cycle is being broken more and more each day through the best social program invented — a real, productive, meaningful job.

It’s not just the tax cuts. Don’t forget the President’s trade agenda and deregulation, which are lowering the cost of business in the U.S. relative to overseas competitors. That’s a big job booster, too.

Let’s hope that Speaker Pelosi doesn’t mess it up with higher spending and tax increases. Rather than seeking to impeach the President, the Democrats in Congress should be looking for ways to work with him to increase the wealth effect being created through this virtuous economic cycle.

Rick Manning is the President of Americans for Limited Government. You can read more of his articles at www.dailytorch.com.