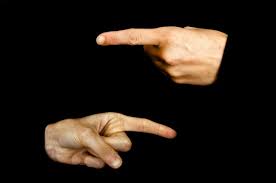 Falsely accusing people is bad for many reasons. Innocent people can get in small or large trouble that they should not get in, which is unjust. Also, if you get caught falsely accusing people other people will think less of you, which is bad for you. On the contrary, if you don’t get caught, people will think less of the innocent person, which is terrible, especially if the accused person is your friend. If the last event occurs, it will be bad for you, because either you will make an opponent or lose a friend. Another thing that can transpire, is YOU getting in trouble by a teacher /judge. Long story short, you should not falsely accuse people because of all the above reasons, and many more reasons.