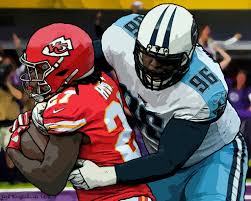 When evaluating any given case for the purposes of seeking justice – which is the only valued, moral purpose – the case must be viewed, and dissected, under the totality of the circumstances. Emotion shall be disregarded. It is critical that the law, as applied to the facts, must be a dispassionate process.

All people must be treated equally under the law. This proposition is at the core of a system that is designed to allow actual justice to prevail. While justice, indeed, does not occur on a far too frequent basis in America, our system is, no doubt, rooted in the goal for such to occur in each and every distinct case. If the law and, thus, the government, do not demand equal treatment for all, then justice is not a practical reality.

In order for all to be treated equally, race, ethnicity, gender, religion, sexual orientation, age (and other dividing human characteristics) must be removed from the treatment of people – alleged offenders and alleged victims – in all criminal cases. Including those divisive factors in an evaluation is the fodder of the emotional and the irrational bystanders; these people compound their tainted conclusions by indulging in the media soundbites and failing to thoroughly evaluate the evidence. Beyond the uninformed bystanders are an illicit congregation of fully knowledgeable players in and about the criminal justice system; these individuals are wholly aware that equal treatment under the law is a most rudimentary and important precept of the U.S. system, but they willfully subterfuge it for a combination of adulterated reasons including power abuse, weakness, jealousies, insecurities, corruption, and political gain.

Understanding the above indispensable propositions – and applying the same in every case – will permit the best opportunity to attain justice. Specifically, in Kareem Hunt’s case (like millions of others over time and across the world), the following factors must not be assessed when determining whether Hunt should be prosecuted: (1) the gender of the alleged offender and alleged victim; and (2) the race of the alleged offender and alleged victim.

Already, I have heard unsupported – and prejudicial – commentary on both sides of the racist spectrum. One group argues that Hunt is under scrutiny only because he is a black man, who allegedly assaulted a white woman; as the argument goes, if the alleged victim were black, no one would care or, conversely, if the alleged perpetrator were white, no one would bother with this matter. Another group posits that Hunt is automatically guilty of a crime because he is a man who allegedly assaulted a woman; this group contends that men are always guilty of a crime if they strike a woman. Of course, while the emotional and irrational do not understand it, the dispassionate application of the law to the facts does not permit either of these nonsensical notions to persist if justice is to be actually sought.

Video evidence is one of the most compelling pieces of evidence that we have in the modern criminal justice system. However, it is far from dispositive in many cases. You should not be just looking at what you see – but you should also be looking for what you don’t see.

In Hunt’s video, we see that he pushed the alleged victim. If we delve no further, it appears that he did so without legal justification. But what may we have not seen? When Hunt pushed the alleged victim, her back was to the camera. Based upon the video, we do not know what she said to Hunt directly before he pushed her. What if the woman called Hunt a racially-charged name, would that legally justify him pushing her? No, it would not be an affirmative defense. In practicality, however, some judges and juries may find him not guilty if the aforementioned were factual.

But what if the alleged victim committed the crime of terroristic threats (e.g. – threatened to kill Hunt or his girlfriend or another friend), then would he have been legally justified to push her? The answer is “yes.” And that’s because he would be legally acting in self-defense and/or defense of another. Following is another circumstance where Hunt would not be guilty or any criminal offense, under the same self-defense rationale:

If the woman had spit in his face. Under the law, this is a simple assault (because the woman’s bodily fluids could cause bodily harm to Hunt) – and it is also an act of harassment. Here, although he surely could not legally shoot or stab the woman as a response (or engage in other highly violent responsive actions), Hunt would definitively have the legal right to ward her off via a push or shove.

Simply, based solely upon the video, we do not know what the woman said/did directly prior to Hunt pushing her – because her back was to the camera…Similarly, we do not know what the alleged victim did/said to Hunt (and his friends) prior to coming into frame. She turned the corner, came into view of the camera, and within a second Hunt and the others turned the corner and came into frame. If she had threatened to kill Hunt (and/or the others) while she was on the other side of the wall and/or as she was turning the corner, the same legal defenses are applicable – obviously, because Hunt couldn’t know if she would turn right back around and carry out her threat. If she had made such a threat, Hunt’s immediate following of her and pushing would be legally permissible.

People have noted that Hunt kicked the alleged victim at the end of the video. See the analysis above – as it is the same for the kicking. This all happened in less than two minutes – and we never saw/heard exactly what the alleged victim did/said at any of these points.

What people haven’t noted, however, is that the alleged victim is also an alleged offender herself. The video clearly shows her hitting one of the other men, in what appears to be an unprovoked act. In seeking justice, she should be investigated with the same scrutiny as Hunt. She should also be afforded the same thoughtful analysis as Hunt, with it being recognized that we don’t know what Hunt and the others said/did to her in many of the moments. Accordingly, the same “what if’s” apply to her, and she may have been legally justified in striking that other man.

It is interesting to note that the police chose not to charge Hunt – and that’s after they investigated the matter. It’s common sense that they know more than we do. Question:

Just because the police elected not to charge Hunt, does that mean that he is not guilty of any criminal offense?

Of course not, but it is telling (especially in face of the video of the incident). A review of other videos – videos of the police investigation, including witness interviews – is also telling. They help explain why the police concluded that Hunt committed no crime.

And after assessing the totality of the circumstances in Kareem Hunt’s case, the following conclusion is what I have rendered:

The smartest person is the person who knows that he/she doesn’t know everything. This realization is multi-pronged here, for me. First, if I had a problem with the engine of my car, I wouldn’t try to fix it myself; and that’s because I have no training or expertise in that field and I otherwise am not naturally mechanically talented. The same goes for attempting to build my own house – and many other endeavors I wish I could expertly, or at least proficiently, carry out. Although I am a highly confident man, I am smart enough to know that my opinion in those areas is, well, meaningless (or, at minimum, one without knowledge). Those in the media (and other propagandists who proliferate information with an agenda) who deliver sound bites about criminal law cases as an effort to influence the minds of the emotional and the irrational, are expressing meritless opinions because they are lacking both expertise and, many times, knowledge. They should be smart enough to know that they don’t know everything.

Kenneth Del Vecchio, a regular legal and political analyst on networks such as i24 News and Fox News Channel, is the author of some of the nation’s best-selling legal books, including a series of criminal codebooks published by Pearson Education/Prentice Hall and ALM/New Jersey & New York Law Journal Books. He is a former judge, a former prosecutor and a practicing criminal/civil attorney for 24 years, wherein he has tried over 400 cases.  Mr. Del Vecchio is also an acclaimed filmmaker who has written, produced and directed over 30 movies that star several Academy Award and Emmy winners and nominees. His films are distributed through industry leaders such as Sony Pictures, NBCUniversal, Cinedigm, and E-1 Entertainment. He has starred in numerous movies, as well. A best-selling political thriller novelist, he penned his first published novel at only 24-years-old. Additionally, Mr. Del Vecchio is the founder and chairman of Hoboken International Film Festival, called by FOX, Time Warner, and other major media “One of the 10 Biggest Film Festivals in the World.” A partner at the prestigious Stern Kilcullen & Rufolo law firm, Mr. Del Vecchio formerly served as the publisher and editorial page editor for a New Jersey daily newspaper.