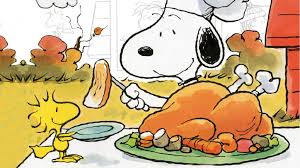 It’s holiday time, and that means liberals will start up with their anti-Christmas, anti-Christian, anti-happiness, anti-everything-good nonsense again. This year, the first target is Thanksgiving. Yes, liberals have managed to ruin a day that should be all about gratitude and appreciation for the blessings in one’s life. A day that was originated by Christian pilgrims (but see how we don’t get all mad and scream about cultural appropriation) and celebrated by all Americans (and even by some in other countries), Thanksgiving has become problematic for liberals.

In the liberal viewpoint, which is devoid of all common sense, rational thinking, and understanding of humanity, Thanksgiving is now all about cultural appropriation and genocide. The first anti-Thanksgiving rants were based on cultural appropriation. How dare we appropriate Native American culture (Because they sat around and had feasts with cooked turkey and mashed potatoes? Because they celebrated at harvest time with family members? Not quite sure of the logic on this one). Now, anti-Thanksgiving sentiment 2.0 is that Thanksgiving is based on genocide. That’s right, because the white European settlers systematically killed off the Native Americans, we should not celebrate Thanksgiving. Doing so makes us killers, or those who celebrate killers, or generally horrible people, or something along those illogical lines.

Furthermore, in their Scrooge-like, Grinch-like quest to ruin anything that might bring others happiness, liberals are determined to take down beloved holiday classic TV shows. First victim of 2018: A Charlie Brown Thanksgiving, which has been aired and enjoyed by millions since 1973. This show, which teaches positive messages like be thankful, pitch in and help your friends with Thanksgiving dinner, and be grateful for whatever you have (even if it’s a dinner consisting of popcorn and toast), is now being considered racist. Why, you ask? Brace yourself for a new level of stupidity:

It all centers on the show’s black character, Franklin, who is one of the Peanuts gang. When Franklin comes to Thanksgiving dinner, he winds up in a rickety beach chair that gives him all kinds of problems. One of the funniest scenes of the 30-minute TV special is when Franklin is tussling with the chair, trying to sit in it. Who hasn’t had the experience of getting the crappy chair at a family/friend gathering? When he finally sits in it, he is seated across the table from four of his friends: Snoopy, Peppermint Patty, Charlie Brown, and Sally. And so, according to libs, THAT’S RACIST! Because the black character is sitting by himself on one side of the table and the white characters (and dog) are on the other side of the table. Here’s a sample of the recent drivel posted on Twitter about this:

From @Asharp52: “Not watching Charlie Brown Thanksgiving anymore, until they sit some people on the same side of the table as Franklin.”

From @cmass4eva: “Am I woke now. Why is Franklin in Charlie Brown Thanksgiving sitting all by himself at the table. Man. Things that I did not notice as a child.”

From @mwizzy128: “They give our friend the busted chair and won’t even sit on the same side of the table, more proof that Charlie Brown and his cohorts are RACIST.”

From @ChefCynthiaC: “How come Franklin, Charlie Brown’s only black friend, sits alone on the other side of the table? And in a lawn chair.”

The nonsense goes on and on…Fortunately, all of these Twitter users were subsequently ripped apart by other Twitter users, including those who pointed out the facts and the historical context, both of which are routinely ignored by liberals. Charles Schultz, the creator of Peanuts, was very anti-racism and fought to include a black character in his comic strip in 1968, at a time when it was not popular to do so. Long before the notion of political correctness found its way into American culture, Schultz genuinely wanted to combat racism using his gifts and platform: his comic strip.  And so Franklin became part of the Peanuts gang, just one of the friends who is featured in this episode. The Thanksgiving special is heart-warming and good-natured, with funny moments and lessons to be learned for viewers of all ages.

So liberals, STOP IT. There is no racism here. Stop trying to claim racism where none exists. Stop ruining holidays and celebrations and traditions and everything people hold dear. If you want to scream about racism, try finding a real instance. A Charlie Brown Thanksgiving clearly isn’t it.