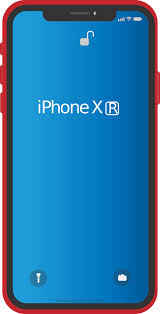 Want a new iPhone? Check out Amazon. Thanks to a recent agreement between the two tech giants, new Apple products such as the iPhone XR and XS, the newest iPad, Apple Watch, and Beats headphones can now be ordered from Amazon. Apple products have long been exclusive to Apple stores and Apple certified resellers, but now availability on Amazon is expected bolster sales. Amazon sites in the US, UK, France, Germany, Italy, Spain, Japan and India will be offering Apple products within the next few weeks – just in time for holiday shopping.

Of course, Amazon has taken some measures to maintain its dominance in selling certain products. Amazon will not sell Apple’s HomePod device, which directly competes with Amazon’s Echo devices. (Amazon similarly does not sell Google Home devices, which are also rivals to the Echo).

Why are these tech giants holding hands and making nice? Perhaps to boost both companies’ revenue. Apple’s shares recently dipped after it disclosed weaker projections than expected for holiday sales and also reported that it will no longer make public how many iPhones are sold each quarter. Amazon recently reported growth at a rate that was lower than expected by Wall Street.

It’s likely that the largest retailer in the universe and the biggest smartphone seller in the universe will benefit from their partnership. And with such popular products becoming easier to buy, consumers will likely do exactly what the giants hope they will do: buy more Apple and buy more from Amazon.