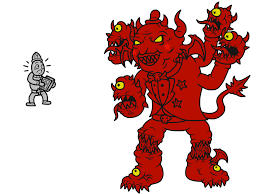 What positive results may the Kavanaugh/Ford hearings yield for America?

Brett Kavanaugh has been dragged through the mud, strung out through a torture chamber, and dumped into the fiery pits of hell. But he beat the devil back, and he has shown the world what a true survivor of a false allegation looks like:

One rightfully pissed off, indignant guy.

And how did that one pissed off dude get here?

The Democrats on the U.S. Senate Judiciary Committee played the role of Satan’s pawns. They withheld a specious claim, knowing that they would use it at a later, dubious time. Translation? Diane Feinstein and her cronies had captured Christine Blasey Ford’s uncorroborated account of a supposed sexual assault conducted by Judge Kavanaugh. Instead of immediately delivering it to the balance of the Judiciary Committee, they sat on it with their bloated, weathered, and odor-doused rectums, and released it like a BOOF months after receiving it.

They did this not for the protection of Ford, but as a political act. More so, as part of an orchestrated conspiracy, where Ford’s unverifiable allegation was just the first in a line of cruddy claims to be strutted out to the public in the weeks after Kavanaugh’s confirmation hearing had supposedly ended. The plan, which has been carried out – and is likely still in progress – was to stagger nonsensical, evidentiary-unsupported claims into the media and the public purviewc. So, after Ford’s account, came Ramirez’s, and then Swetnick’s (the patently absurd gang rape assertion).

Satan’s pawns acted as if they were championing Ford, but they were so obviously using her. Very possibly, she was using them as well. If she’s not a victim of a sexual assault of Brett Kavanaugh – which is what the evidence very clearly indicates – then she is not a victim at all. The narrative that Ford probably had a sexual assault levied upon her, but it just wasn’t by Kavanaugh, is a wispy, politically correct approach taken by establishment Republicans who are too afraid to tackle Ford head-on. In other words, Satan’s pawns (i.e. – the Democrats in the Judiciary Committee and other donkey senators and house reps) utilized Ford as their launching pad of false allegations, but she very likely utilized them for her own motivations. What may they be?

Being considered a courageous hero by both the evil left and the unthinking left (two separate groups that applaud any woman who makes a claim of sexual assault, no matter how unsupported and/or ridiculous it is).

Ford, like all of America, has watched the evolvement/devolvement of the #MeToo Movement. She has witnessed a voluminous cascade of women come out of the woodwork and make allegations of sexual assault. These allegations have been lobbed years, and many times decades, after incidents supposedly occurred. Some of the accusations are, undoubtedly, true. But many are false. Almost all of them are unproveable.

What’s also unproveable, in nearly all of them, is that the alleged victim fabricated the charges. Why? For the same reason that the allegations cannot be proven against the purported assailants: because the accusations are too old, and they are uncorroborated by any evidence. Accordingly, a woman falsifying a claim has a near absolute chance of never being held accountable for a contrived story of sexual assault. Instead, she faces the reality of obtaining a large cash settlement, becoming a cause célèbre, and being hailed a hero by crazed feminist groups and frightened men. After all, America has watched this happen for one woman after another, with the media coverage monumental. So, could Ford have a motive to lie?

While keeping in mind that it is possible that Ford is telling truth, it is so unlikely that she is earnest in her condemnation of Kavanaugh that the Democrats on the Judiciary Committee should have dismissed her account, with lightning speed, after reviewing it. Ford’s allegation was initiated with a huge credibility albatross around its neck: it originated as a he-said, she-said case, where, at best, there is 50% chance that it is true. One can never know who is telling the truth in a he-said, she-said case. That, alone, should have stopped Senate Dems from going forward with an inquisition against Kavanaugh; a person’s reputation and career should never be destroyed simply based upon the accusation of one, singular person.

But Satan’s pawns plowed forward. As they raced, barefoot, through the hot coals of hell, however, they learned that this was not really a he-said, she-said case; they learned it was worse. Ford’s memory of the alleged Kavanaugh-perpetrated sexual misdeed was not an actual memory. It was a retrieved memory. Which means Ford somehow “found” this “memory” in the annals of her mind years after the incident supposedly occurred.

It is uniformly agreed among medical experts that a retrieved memory has significantly less reliability than a regular, ole’ memory. But the psychologist Ford, well, her retrieved memory was given substantial weight by Satan’s pawns. To the majority of the rest of the world, however, it caused the 50% he-said, she-said case to significantly dip below that already-low 50-50 margin. But things get even worse.

Ford conveniently cannot remember key components of her purported attack. Such as where it occurred, and when it occurred. Most people probably do not understand that there is actually a major benefit in Ford not recalling the date of her alleged assault. But, indeed, there is such a benefit – and Satan’s pawns certainly understood it. So what’s the benefit of Ford being unable to remember when the supposed assault happened?

It took away the ability of an alibi. If Ford had named the date of the alleged incident, Kavanaugh may have been able to prove that he was at a different location and, therefore, case – and Satan’s game – over. However, whether Ford, on her own, developed the date amnesia, or she was coached into it by Satan’s pawns, she nonetheless cannot name the happening time. And this further destructs her credibility. As does the following:

All four people she asserted were at the party, where the sexual assault allegedly took place, have affirmatively stated that they never attended such a party. The woman has no corroborating evidence. Put another way, Kavanaugh has multiple people corroborating that the illicit act did not occur.

All of these above factors riddle Ford’s story with credibility tank holes. Her 50-50 he-said, she-said case (which, as aforesaid, already was inadequate to destroy Kavanaugh’s life), thus has plummeted to less than a one percent chance of being a true account. But Satan’s pawns steamed on. Not only via their use of Ford, but with the propagation of the Ramirez and Swetnick allegations, which said allegations are even more incredible than Ford’s troubled account.

In the lead up to her uncorroborated mudsling, Ramirez was actually calling up friends from Yale, asking if they remembered the penis-in-the-face incident she touted (because she was uncertain about whether Kavanaugh was involved, due to her own inebriation). Ramirez’s claim was so awfully weak that the New York Times refused to report it; after a week of searching, and interviewing a bevy of witnesses, the esteemed liberal publication could not find a single person to corroborate Ramirez’s accusation.

Swetnick’s story is so ludicrous that it’s not worth giving it any mention, other than to note that her advocate is Stormy Daniels’s lawyer, Michael Avenatti. He’s that awkward, angry, hairless, talentless goofball who is constantly on CNN and MSNBC making wild claims, in a desperate effort to get himself attention. Certain pundits and anchors froth at the mouth during his appearances, allowing Avenatti to dribble on about political and legal matters that he clearly misunderstands and/or misrepresents. But when he’s challenged by intelligent news studs, such as Fox News Channel’s Tucker Carlson, Avenatti goes down in flames. He may enjoy that, though, as he is an active player with Satan’s pawns, the latter even making Avenatti think he is viable 2020 Democratic candidate for president.

All of this miscreant behavior by Satan’s pawns (reminder – they are the Democrat senators and their ilk) fruited to the extra-innings Kavanaugh hearing with Ford. Which led to the emergence of that one pissed-off, indignant dude. And what great and moral things can come from this rightfully pissed-off guy (other than Roe v. Wade being overturned)?

There’s a reasonable possibility that America will see a wholly – and holy – overhaul of its criminal justice system.

Judge Kavanaugh has been wrongfully accused in the most brutal of settings. A man of astounding accomplishments and impeccable credentials has had his reputation maligned, in the most heinous manner, by Satan’s pawns. He has been publicly humiliated. Worse, his family has been attacked.

Judge Kavanaugh will NEVER forget this. And he should never forgive it. But he should use it for good – for greatness.

The man assuredly will ascend to the nation’s highest bench, given his genuine performance at this horrendous hearing (and the ultra-powerful and moving words of U.S. Senator Lindsay Graham). As a Supreme Court justice, Kavanaugh may have the ability to rule on the constitutionality of a state and/or federal statute that makes it illegal to prosecute people for charges based solely upon one person’s word, where there is zero corroborating evidence. If afforded that opportunity, Justice Kavanaugh very likely will use this terribly unfortunate personal disaster to help others falsely accused. Joining another wrongfully accused jurist, Supreme Court Justice Clarence Thomas – and three other rational, justice-seeking judges – Justice Kavanaugh can affirm the constitutionality of such a law. If so, Americans will live in a much better, fairer world than the one Kavanaugh – and many others – have suffered under, through the treachery of Satan’s Democrat pawns (and all those, regardless of party affiliation, who have prosecuted people in he-said, she-said cases).