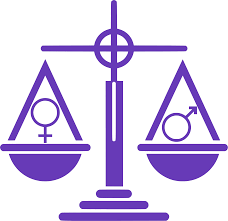 A new bill proposed in the California state legislature would require all publicly traded California companies to “have a minimum of one female…on its board of directors.” If the bill passes, then by the end of 2019, any foreign or domestic publicly held company that identifies its executive office in California would have to have at least one female board director or face fines ranging from $100,000 to $300,000. The required number of female board members would increase in subsequent years, and more females would be required for larger boards.

Reasons cited for this potential directive, according to the bill, are that “publicly held companies perform better when women serve on their boards of directors”, “There has been a greater correlation between stock performance and the presence of women on a board since the financial crisis in 2008”, and other equally nebulous claims. The studies cited within the bill text perfectly exemplify how anyone can take any numbers and make them say anything. The goal is to achieve income parity between men and women, which, according to the bill, would take “40 or 50 years to achieve…if something is not done proactively.”

Now, I am all for women achieving at the highest levels, in business and in every sphere of life. I am a woman. I think women should be CEO’s, members of boards of directors, and top-ranking executives in companies of all sizes; they should be at the top levels of administration in schools, higher education institutions, hospitals, law firms, non-profits, research labs and every other type of organization imaginable. BUT they should be in those positions only when they EARN them. It is demeaning and insulting to women to put them in high-level positions simply because they are women. The message being sent is that their qualifications do not matter.

This California bill has been drafted to achieve the goal of income parity between men and women, and posits (via some rather fluffy statistics) that women make their companies better. But by dictating that women be put into board of director positions, the legislature is assuming that women cannot get there on their own. The message is that women do not have the skills and qualifications to earn their way onto their companies’ boards and that they need a “handout” of sorts, a free, unearned pass into the boardroom. It’s also saying that men cannot (or do not) evaluate qualifications fairly, and they will not even recognize when their female colleagues have earned top-level positions.

How could anyone within a company (or any entity), whether male or female, respect someone who is made a member of the board of directors simply because the company is complying with law, and not because the person earned the position? What woman would want to be handed a position, not because she has achieved it, but because her employer is mandated to give it to her?
Just let women shine on their own. They can do it. They do not need free passes; the strongest, most driven, talented, and qualified women will find their way onto boards of directors and other top-ranking positions. Government, stay out of it.