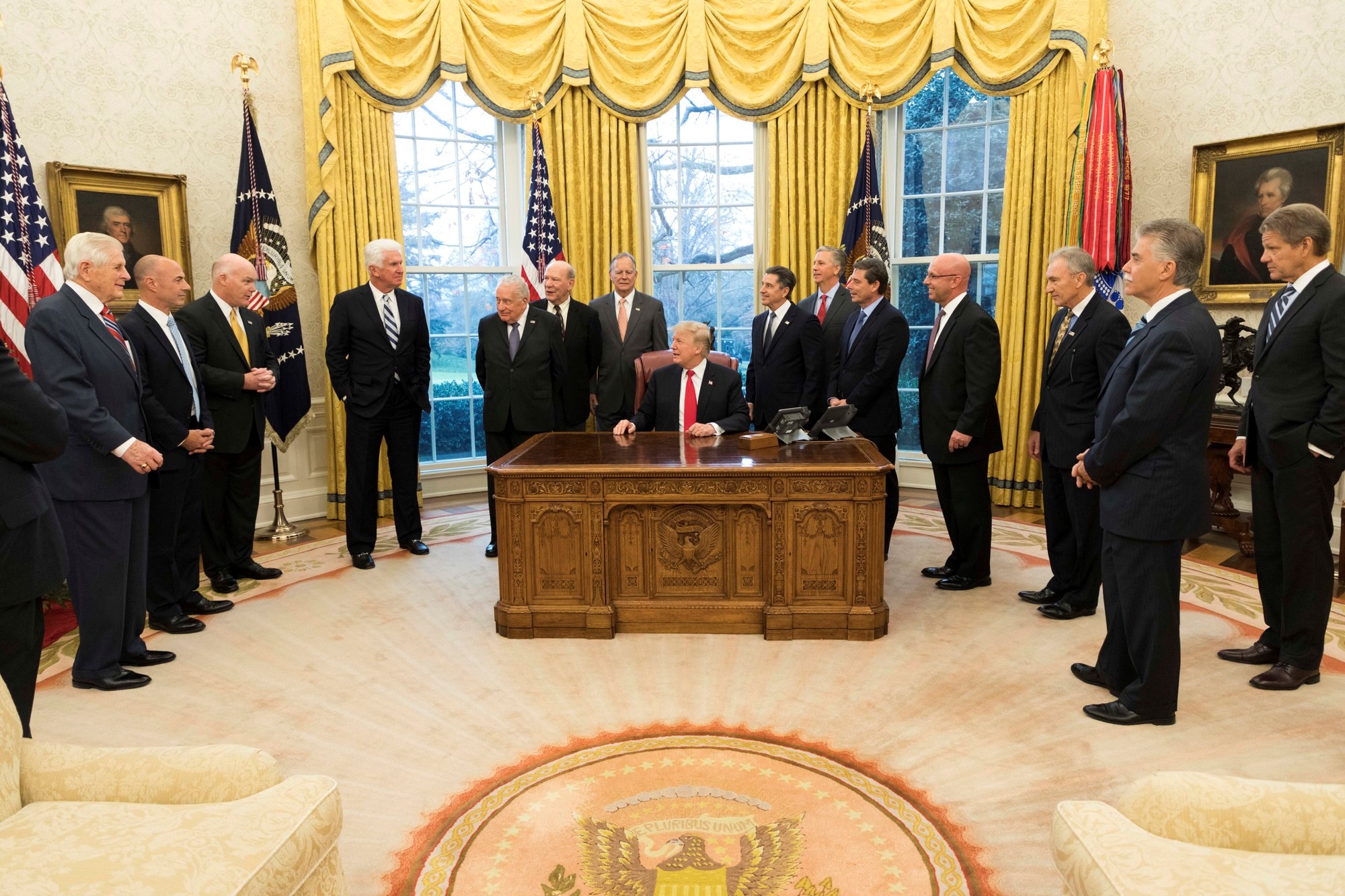 White House Chief of Staff John Kelly needs to serve up whoever wrote the Sept. 5 anonymous New York Times oped, “I Am Part of the Resistance Inside the Trump Administration,” or he needs to go and President Donald Trump needs to find a new chief of staff who will get control of those men and women who have the privilege of serving in the White House.

The oped contends, dramatically, that “many of the senior officials in his own administration are working diligently from within to frustrate parts of his agenda” and “I would know. I am one of them.”

The oped offers very few specifics over which policy disagreements led to the drafting of the oped.

But what it alleges is that there is a conspiracy in the White House to undermine the constitutionally elected, sitting President of the United States and the agenda he ran on. This goes to the heart of the President’s sole authority in executing the laws of the United States under Article II of the Constitution. The White House is a place where robust deliberations should be had, but, at the end of the day, the President decides the direction the administration will take on areas of policy.

This author, identified by the New York Times only as a “senior official in the Trump administration,” has no right or entitlement to be near this or any president ever again. Anyone of the many “senior officials” working with this official to “to frustrate parts of his agenda” have no right or entitlement to ever work in any administration ever again.

Nobody elected them, and nobody ever would. It’s a disgrace.

Ironically, the piece accuses the President of being “undemocratic” but as editor of the Intercept Glenn Greenwald notes, who is no supporter of Trump, “Many of the complaints from the NYT’s anonymous WH coward — not all, but many — are ideological: that Trump deviates from GOP orthodoxy, an ideology he didn’t campaign on [and] that voters didn’t ratify. Trump may be a threat but so is this covert coup to impose these policies.” Agree or disagree with his summation that the President is a “threat,” it is hard to dispute that an anonymous, shadowy government that nobody elected does not serve America.

Unfortunately for the oped’s author(s), all this oped accomplishes is to affirm the conviction of those who voted for Trump to drain the swamp. Today, it is their anger, those of tens of millions Americans who supported the President in 2016, that is felt.

The reason the American people voted for President Trump is because he was an outsider. To bring a fresh set of eyes to the massive problems this nation was confronting in 2016 when he ran for office, first, against an entrenched Republican establishment on issues surrounding trade and immigration, and then defeated Hillary Clinton and her political machine around those same issues. Trump promised to put America first, rebuild our military, forge new alliances abroad, keep the homeland safe, secure our borders, cut burdensome taxes and regulations, and help Americans get back to work after decades of bad trade deals, outsourcing and open borders.

But for Trump running for the office and winning, and the Supreme Court, instead of being a 5 to 4 constitutionalist majority, might be a 6 to 3 permanent liberal majority.

But for Trump having defeated Clinton, there are no tax cuts. No deregulation. There is no NAFTA renegotiation. No trade concessions from South Korea, Europe and Mexico. We are still in the Iran nuclear deal and the Paris climate accords. The U.S. would still pretend Jerusalem is not the capital of Israel. The Trans-Pacific Partnership, or something very much like it, would be ratified by Congress.

In particular, trade was a critical issue that helped Trump win an improbable Electoral College majority in the Rust Belt states like Pennsylvania, Ohio, Michigan and Wisconsin. And yet this gutless senior administration official, who complains Trump is “anti-trade,” wouldn’t even have a job in the White House if Trump had not taken those positions. Did he or she happen to pay attention to the President’s platform in 2016?

President Trump delivered Republicans to the promised land, and then he hired many of them to work in his White House and this is the thanks he gets. He won the election through the process laid out in the Constitution — and they serve at the pleasure of the President.

The White House, regardless of the occupant, is the place where the lives of every one of the hundreds of millions of Americans and billions worldwide hang in the balance as the President keeps this country safe, with the sage advice from his councilors. To do that job, he needs the unvarnished opinions from his advisors, so he can make the best decisions he can.

The President may not always make the decision that his advisors agree with, but that is no excuse for undermining the office of the President in this manner.

It is, on its face, the inexcusable act of a true coward, who does not have the courage of his or her convictions to stand up and do the honorable thing. Instead the oped promises that the conspiracy will continue operating in the shadows, promising, “[W]e will do what we can to steer the administration in the right direction until — one way or another — it’s over.”

The oped justifies itself by wrapping its treachery in the false cloak of patriotism: “There is a quiet resistance within the administration of people choosing to put country first.” No, they’re not. If it is true, that there is a “quiet resistance” in the White House, they are putting themselves first. Dante reserved the fourth ring of the ninth circle of Hell for traitors to their benefactors. There was no lower pit.

President Trump is putting the country first — by enacting the agenda he campaigned on and won the election with. If there are those who object to President Trump, they should stand for the office in 2020, when we have elections again. That is the constitutional, republican system of government we live in.

The coward who wrote this oped should save Chief of Staff Kelly and the President a lot of trouble and just proclaim he or she wrote the oped and simply resign. In the meantime, measures must be taken to restore trust in the White House as the President moves forward with his agenda to Make America Great Again.

The White House is no place for resistance.