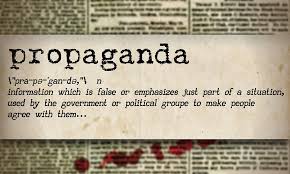 Far left wannabe puppeteers and fraudsters are making wild proclamations that the meddling in U.S. elections by Russians are actually “acts of war.” They equate interfering with American elections with the bombing of U.S. soil. These statements are beyond intellectually dishonest; they are potentially dangerous.

The Cold War has been over for more than three decades. Since then, Russia has not been an enemy of America, but more of an ally – although the U.S. certainly has some important divergent views from Russia. The far left politicos, along with their mainstream media propagandists, Hollywood boneheads, and so-called academic elites, however, are making a rallying cry for the American electorate to not only define Russia as an enemy, but to consider that this other powerful nation is at war with the United States. Where could that lead?

The intelligent, genuine American thinkers need to stand up and ensure that this brewing manufactured anti-Russian craze leads nowhere. And that elected officials, media and others of influence have honest dialogue with the U.S. populous.

This honest dialogue includes the following:

Numerous other nations across the globe have similarly attempted to interfere with American elections, since the country declared its Independence in 1776.

And guess what: Americans – including members of her government – en masse have attempted to influence elections in an inordinate number of nations spanning the earth.

There is a massive frightening slippery slope that will occur if the far left is taken seriously in its purposely false narrative that Russians interfering in U.S. elections (when no actual crime has occurred via their influence) in and of itself constitutes a crime. Kindly evaluate the below circumstances, wherein NONE of the following constitutes a crime:

Barack Obama makes public comments that are favorable to a candidate running for office in Israel and are unfavorable to an opposing candidate (e.g. – Benjamin Netanyahu). Obviously, there, Obama is trying to influence that election. As ill-advised as Obama’s commentary was, he not only has not committed any crime, but he was acting on his constitutional right to free speech.

An endless number of American elected officials (senators, congressmen, etc) have issued public statements – orally, written and via social media – supporting or disavowing candidates for office in foreign nations. They are unequivocally attempting to meddle with, interfere with, and influence those elections. And their conduct is absolutely legal.

An endless number of elected officials from nations considered American allies (e.g. – Great Britain, Canada, France, etc) have similarly issued public statements – orally, written and via social media – supporting or disavowing candidates for office in other nations (including the U.S.). Again, this conduct is perfectly lawful.

An endless number of elected officials from nations considered American enemies have similarly issued public statements – orally, written and via social media – supporting or disavowing candidates for office in other nations (including the U.S.). Again, this conduct is perfectly lawful.

A British or Russian or Kenyan or Peruvian or Canadian citizen gets a Green card and resides in the U.S. While eating at hot dog stand, he or she issues public statements – orally, written and via social media – supporting or disavowing candidates for office in the U.S. Again, this conduct is completely legal.

A British or Russian or Kenyan or Peruvian or Canadian citizen visits the U.S. for a vacation. While kicking it back on a beach in Miami, he or she issues public statements – orally, written and via social media – supporting or disavowing candidates for office in the U.S. Again, this conduct is 100% lawful.

People – whether they are American citizens or not, and whether they are on American soil or not – can say whatever they want in an effort to “influence”, “meddle with”, or “interfere with” an election, regardless of where that election takes place. And they can “collude” with others – regardless if the “others” are Americans, Russians, British, Kenyans, Canadians, Peruvian, etc – to “influence”, “meddle with”, or “interfere with” an election (in America or anywhere). These people are acting in the “American way” and in concert with the United States Constitution—they are embodying the First Amendments’s holy deliverance of free speech rights. They are indeed acting completely and totally lawfully.

But what they can NOT do – and what is illegal – is if while attempting to “influence”, “meddle with”, or “interfere with” an election, they collude to commit a crime (e.g. – bank fraud, identity theft, computer tampering). In that case, they are acting unlawfully.

The far left propagandists are desperately trying to “influence”, “meddle with”, and “interfere with” the minds of Americans. They are trying to create legal definitions out of words and phrases like “influence”, “meddle with”, or “interfere with”; there is no illegality in these words. In the context of elections, these words simply mean that people are trying to change, sway, and even manipulate people’s minds (via oral, written, social media, etc statements). All of this circular manipulation, influencing, meddling et al is lawful, and it’s something people from every nation have to deal with in every facet of their lives. It is not something that can or should be criminalized, as the perilous free speech slippery slope is one too deep and frightening to consider.

That said, Americans surely must be mindful of the propagandists – whether they are Russians, British, Kenyans, Peruvians, Canadians or persons/operatives from any nation in the world, including the home grown sort. And, without question, Americans should be desirous of criminal prosecution for those who attempt to “influence”, “meddle with”, or “interfere with” an election – when they actually collude to commit a crime in furtherance of their meddling-type activities.

But Americans should also not be fooled into thinking that any of this influencing and interfering (whether lawful or unlawful) has actually resulted in affecting the outcomes of any of our elections. For, are we really that stupid that some Facebook posts and Twitter rants and/or any type of advertising materials propagated by Russians, Peruvians, or Kenyans has manipulated our minds? Come on!

In October, 2016, then-president Barack Obama declared, “There is no serious person out there who would suggest somehow that you could even rig America’s elections. There’s no evidence that that has happened in the past or that there are instances in which that will happen this time.”

The U.S. democracy is not coming to an end because of foreign influence peddlers. Although their interference is problematic (and even unlawful in the times when colluding to commit a crime is involved), it is a far cry from an act of war where bombs are dropped. But that “act of war” battle cry by the far left propagandists well, that’s problematic in its own right. It presents yet another level of manipulation that Americans have to deal with; and although this is indeed dangerous, U.S. citizens are smart enough to overcome it.

Kenneth Del Vecchio is the author of some of the nation’s best-selling legal books, including a series of criminal codebooks published by Pearson Education/Prentice Hall and Thomson Reuters-ALM/New Jersey & New York Law Journal Books. He is a former judge, a former prosecutor and a practicing criminal/entertainment attorney for 24 years, wherein he has tried over 400 cases.  Mr. Del Vecchio is also an acclaimed filmmaker who has written, produced and directed over 30 movies that star several Academy Award and Emmy winners and nominees. His films are distributed through industry leaders such as Sony Pictures, NBCUniversal, Cinedigm, and E-1 Entertainment. He has starred in numerous movies, as well. A best-selling political thriller novelist, he penned his first published novel at only 24-years-old. Additionally, Mr. Del Vecchio is the founder and chairman of Hoboken International Film Festival, called by FOX, Time Warner, and other major media “One of the 10 Biggest Film Festivals in the World.”  A regular legal and political  analyst on the major news networks such, Mr. Del Vecchio formerly served as the publisher and editorial page editor for a New Jersey daily newspaper.