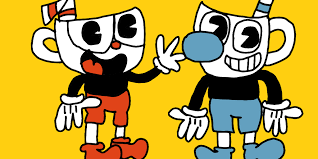 Last night on the i24 News show Stateside, a former Barack Obama campaign operative, Robin Biro, leveled a particularly weak cheap shot at fellow legal/political analyst Kenneth Del Vecchio, questioning his “patriotism.” The comment was flipped during a heated debate over whether President Trump should cancel his meeting with Russia Prime Minister Vladimir Putin, in response to the special counsel  indictments of a dozen Russian government officials.

The indictment alleges that these Russian nationals illegally hacked DNC computers in America, during the 2016 presidential election. Deputy Attorney General Rod Rosenstein stated at a press conference, however, that the indictment does not include the involvement of any American citizens, and there is no indication that this alleged hacking had any affect on the 2016 presidential election results.

Del Vecchio – a former judge and prosecutor, attorney who has tried hundreds of cases, and author of the nation’s best-selling criminal law books (published by Thomson Reuters/ALM & Pearson Education/Prentice Hall) – told i24 News anchor David Shuster that people first need to understand that there is nothing illegal in Russians attempting to influence an American election. More so, he advised, there is nothing unlawful in Russians and Americans working together to influence an American election. Del Vecchio has explained, on many shows, that such conduct only becomes illegal when the parties “collude to commit a crime, like bank fraud, identity theft, or computer hacking.”

In cementing his point that pundits, politicians, and the public must distinguish between lawful and unlawful activity (and not be duped by sound bites), Del Vecchio said, “There is nothing illegal about the Russian government itself trying to influence our elections, just like Americans and the American government try to influence other countries’ elections. It’s only illegal if they collude to commit a crime.”

Shuster, an Emmy Award winning journalist who previously was an anchor/correspondent/reporter for MSNBC, Fox News, and ABC respectively, then turned to Biro and asked, “But Robin, to Ken’s point, the United States has tried to meddle in elections for decades. I don’t remember other countries canceling summits with our president as a result.”

Biro, who formerly served as a regional director for the Obama presidential campaign and currently is the Political Director for the Fulton County (Georgia) Democratic Party, acknowledged that “Ken does bring up a good point.” Then he continued, “We need to remember who our adversaries are. Donald Trump does not treat Putin as an adversary. He continuously heaps on praise.” Biro continued hammering this same theme, re-stating it in multiple manners.

In response to this mantra, Del Vecchio praised Biro, saying “I respect, at the highest degree, your service.” Biro, who is a former U.S. Army Ranger, had mentioned his veteran status twice earlier in the show. Del Vecchio then continued, “However, you’re just regurgitating a propagandized, manufactured Democrat talking point. We don’t have any idea that this benefited the Republican party because we don’t know if the Republican party even knew about the hacking.”

Shuster then turned to Del Vecchio and noted that for the past two years, Donald Trump has propounded the idea that several others could be responsible for meddling in U.S. elections, such as “the Chinese” or “a 400-pound guy.” Shuster added, “Now we know that the Russians were trying to meddle. Whether it’s legal or not, would you acknowledge that Donald Trump’s conspiracy theory on this point has been blown apart?”

Del Vecchio, who has often been profiled as a modern-day Renaissance Man (in addition to his legal prowess and law book authoring, he is also a best-selling novelist, acclaimed filmmaker of over 30 movies distributed by the likes of Sony Pictures & NBCUniversal, actor who has starred alongside several Oscar and Emmy winners and nominees, chairman of one of the world’s largest film festivals, and a competitive athlete who has won nearly 50 weightlifting competitions in bench pressing 450 pounds), acts much in the manner as the Renaissance Men from long ago: he doesn’t give up when attacked, and fights the battle.

The following fiery colloquy then transpired between Del Vecchio and Biro, after Shuster asked Biro to explain himself:

Biro: Because as I just said, any American should be against cozying up to foreign adversaries who try to disrupt our system of democracy!

Del Vecchio: Who’s cozying up to this?!

Del Vecchio: Robin, that was obnoxious, rude, and unfounded to say that you question my patriotism!

Biro: I stand by my word. You would not stand up to this!

Del Vecchio: This is an allegation. Then I question your sense of justice, if you think that a mere allegation, which is all that an indictment is—

Del Vecchio: Then you don’t understand the law!

Biro: You said it could very well be a 400-pound man or China!

Del Vecchio: I said that there could be a 400-pound man, China and ten other countries!

In continuing to “call out” Del Vecchio regarding his patriotism, Biro was unable to articulate why Del Vecchio was supposedly unpatriotic via his views that President Trump shouldn’t cancel his meeting with Putin, and that it is important to distinguish between legal and illegal activity. Del Vecchio affirmed that it “stinks” if foreign countries meddle with our election just like if we meddle in theirs, but added that “if a corporation in the United States tries to meddle in our elections, it’s problematic too.”

Del Vecchio again reiterated his grave concern that people are misinterpreting the entire issue, cautioning Biro, “You’re using these words like ‘meddle’ and ‘interfere’ and ‘influence’ as if they have some legal connotation. It’s only if they’re colluding to commit a crime that it’s unlawful.”

This point explicated by Del Vecchio is paramount in understanding the current special counsel investigation, as well as the far left’s spin of it and the mainstream media’s handling of the same. Robert Mueller, one of the most experienced criminal lawyers in the nation, of course is well aware of the accuracy of Del Vecchio’s words. Mueller, Rosenstein, and the entire special counsel team know that there is nothing unlawful in Americans and Russians joining together in trying to influence the outcome of a U.S. election – unless, in such colluding activity, they conspire to commit crimes. This is the direct reason why no Americans – or Russians for that matter – have been indicted for simply trying to “meddle with” or “influence” the 2016 presidential election. The Russians just indicted, as well as the previous lot, were indicted for allegedly committing crimes (i.e. – computer hacking, identity theft, bank fraud) during their meddling.

As Del Vecchio said in an earlier part of last night’s Stateside, “Now, here, we have no evidence whatsoever that there was any nexus or connection between what the Russian government did in allegedly hacking these computers and anybody in the United States. In fact, Rod Rosenstein said such.”

If only Robin Biro could wrap his head around this, and understand the true meaning of patriotism…