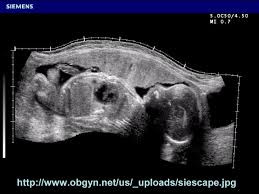 With the retirement of Supreme Court Justice Anthony Kennedy and the U.S. Senate nomination processes involving his hopeful replacement – Circuit Court of Appeals Judge Brett Kavanaugh – it is perfect timing for all to evaluate the facts of life, starting with that a human being is, well, a human, at every stage of life. And with this being the case, every rational American should be elated that, almost definitely, a pro-life justice will be appointed to replace Kennedy. Which means that Roe v. Wade will be overturned, and states will be permitted to outlaw abortion.

Is there anyone out there who can refute the following, with a logical, analytical argument?

Would you murder a baby one second after she is born? If not, would you:

(2) Kill a baby one minute before she is born?

(4) Kill a baby one week before she is born?

No one, except the truly depraved and deranged, would answer “yes” to any of the above. Everyone agrees that the baby is a human life at that point. But the truth is this: the baby (fetus) is, factually, a human life from the moment of conception. Let’s logically go through the analysis:

Many have tried to argue that the fetus “magically” becomes a human being at the time of “viability” (i.e. – when the baby can live outside the mother’s womb). That theory, of course, in layman’s terms, is idiotic. In 1973, when the Supreme Court delivered Roe v. Wade, a baby could only live outside the woman’s womb at 6 months. Accordingly, in 1973, the vast majority of pro-abortion activists considered that at 6 months a fetus had “magically” transformed into a human life (because the baby was “viable”). The problem with the viability argument, however, is that in 2018 – because of medical advancements – a baby can now live outside the woman at a much earlier time (at less than 5 months). So, in 1973, according to the then-pro-abortion activists, the baby was not viable at 5 months – and therefore not a human life (and thus could be killed). Today, however, since the baby is viable at 5 months, she has magically become a human life and can’t be killed. This, of course, is illogical and plainly absurd. Tragically, millions of human lives were killed in 1973 and for many years thereafter because they weren’t then-considered “viable.”

With the viability argument now debunked, we are back to the same question: when does the fetus “magically” become a human life? The more clever of the pro-abortion activists have recognized the failure of the longstanding viability argument, and have moved onto a more innocuous and ambiguous argument of “it’s just a mass of tissue and cells” and/or “it has no brain or nervous system.” Per this argument, at some point the “mass” changes into a human – but when? The first fatal error in this stance, is that in each baby/fetus, the brain and nervous systems develop at different rates. This means that the “when” fluctuates. So, if one is choosing to abort under this slippery slope basis, he is sometimes aborting a “mass of cells”, but other times is aborting a human being. Additionally, aside from the major unanswered quandary of WHEN (according to these people) does this “brainless mass of tissue” magically transform into a human being, can anyone answer what “IT”(the “mass”) is? “IT” is not an elephant. “IT” is not a pine tree. “IT” is not a rainbow trout. “IT” is not a crocodile.

No doctor, no scientist, no person (who just thinks he knows) can define a time when a fetus “magically” turns into a human being. Pro-abortion activists constantly debate it among themselves which, oddly, leaves one group thinking that another group is killing humans (at a certain stage), while an entire other group thinks that just some species-less lives are being killed (at that same certain stage)…A genuine, yet sociopathic and evil, response from the actually logical pro-abortion activists would be that they simply just don’t care about human beings at their earliest stages of life (e.g. – a month after conception) and just don’t value them at that stage. Most pro-abortion activists are not evil sociopaths, however. They have just been propagandized into equating legality with morality. They believe that because abortion is legal, then it is moral. And, unfortunately, they don’t think any further into it…Now, kindly think further into the analysis that I have laid out here, because no rational, logical conclusion other than this exists:

There is no “magical” moment when a fetus suddenly turns human. The fetus/baby is always human. Arguing otherwise is not just stupid, it’s disingenuous…Unless the person making the argument is lacking brain power – but then, is that person actually a human being? Or just a brainless mass of tissue?

Kenneth Del Vecchio is the author of some of the nation’s best-selling legal books, including a series of criminal codebooks published by Pearson Education/Prentice Hall and ALM/New Jersey & New York Law Journal Books. He is a former judge, a former prosecutor and a practicing criminal/entertainment attorney for 23 years, wherein he has tried over 400 cases.  Mr. Del Vecchio is also an acclaimed filmmaker who has written, produced and directed over 30 movies that star 100+ film and TV stars, including several Academy Award and Emmy winners and nominees. His films are distributed through industry leaders such as Sony Pictures, NBCUniversal, Cinedigm, and E-1 Entertainment. He has starred in numerous movies, as well. A best-selling political thriller novelist, he penned his first published novel at only 24-years-old. Additionally, Mr. Del Vecchio is the founder and chairman of Hoboken International Film Festival, called by FOX, Time Warner, and other major media “One of the 10 Biggest Film Festivals in the World.”  A frequent legal and political  analyst on the major television networks, Mr. Del Vecchio formerly served as the publisher and editorial page editor for a New Jersey daily newspaper.