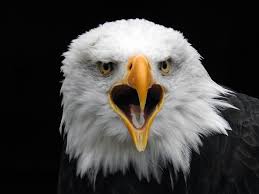 President Donald Trump is giving a clinic to the former Obama administration and those in the State Department on how to negotiate. The President walked away from the horrendous Iranian nuclear deal, confronted the North Korean regime, and challenged NATO to live up to its commitments. The foreign policy establishment on both sides of the aisle frowned upon all this because they thought they knew better. After all, they’ve been doing this for decades, and nothing has changed, so clearly, they should be listened to. Instead, President Trump ignored the “experts” and applied maximum pressure to U.S. foreign policy issues and is seeing impressive results.

While the mainstream media and former Obama officials were worried about Europe when negotiating the Iran deal, they ignored allies in the region. The U.S. allies in the Middle East were vehemently against the deal because they knew Iran would use the financial windfall to fund the Iranian Islamic Revolutionary Guard Corps’ (IRGC) actions within their borders. However, U.S. allies in the region were left with little recourse because the previous administration was unlikely to back any action against Iran, militarily or economically.

When President Trump withdrew from the deal, it gave new life to allies in the region. Because of the President’s leadership, Saudi Arabia believes it has an ally in the U.S. in its struggle against Iran and has started to flex its economic muscle. The Saudi Royal Family is extremely upset at Europe over its support of Iran and in particular Germany’s dealings with the Islamic Republic.

Because the IRGC controls the Iranian economy, when Germany does business with Iran, they are filling the coffers of the largest and most dangerous terrorist group in the world.

Now that the kingdom knows it has the support of the U.S., Saudi Crown Prince Muhammad bin Salman has decided to eliminate German companies from the bidding process for contracts in the country. Because of Saudi Arabia’s governing system, the move essentially shuts Germany out of any contract in the oil-rich nation. Germany exports over $7 billion in goods and services to the Kingdom, a large sum of which is now in danger.

The French are also getting the message about Iran. The French were one of the most vociferous proponents of the deal, wanting access to the untapped market. French companies visited the Islamic Republic in droves to sign deals shortly after the deal was signed. Companies are now reversing that action. French carmaker PSA Group has begun to suspend its joint venture with Iran for fear of being targets of sanctions.

During the 2016 campaign, then-candidate Trump often spoke about NATO, much to the consternation of the foreign policy establishment. The President was upset about the spending arrangement of the 29-member military treaty and felt the U.S. was carrying the lion’s share of the financial burden. The U.S. accounts for over 70 percent of NATO defense expenditures while most member nations fail to meet the 2 percent of GDP spending on defense goal for every NATO member.

The NATO funding issue has been a problem for Presidents since the end of the Cold War. The U.S. has maintained its military spending, while the rest of NATO cut their military, partially because the U.S. was still there protecting them. The President felt like the Europeans were getting a free ride on the back of the U.S. taxpayer.

President Trump called out NATO when the “experts” said not to, and he got the increases in spending he wanted. President Trump called out the North Korean regime when the “experts” said don’t do that, and now the Singapore summit is set in a bid to bring peace to the Korean Peninsula. And finally, the same “experts” cried when Trump pulled out of the Iran deal saying no one would follow, but recent events have once again proven them wrong. How long before these “experts” admit they were wrong and give President Trump’s maximum pressure policy the credit it deserves?