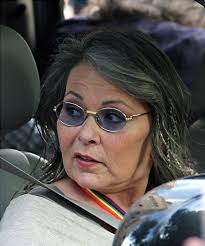 Let’s take the 800-pound mouse out of the room. Roseanne Barr’s joke about Valerie Jarrett was distasteful and insensitive. Even she said so.

It’s a free marketplace and ABC had the right to fire Barr.

It’s also a free marketplace where some other network may decide to forgive her, and hire her – and her 200+ crew – for a new show. Obviously, the American audience, in mass numbers, likes her comedy, in general. But the market shall decide such…

In the meantime, why the hell are the mainstream media and special interest groups so transfixed on President Trump’s reaction to Barr’s comments and ABC’s termination of her show? This was Barr’s statement, not Trump’s. But, all know, the mainstream media hardly report the actual story any longer. Instead, they report, with a very biased approach, on the president’s reaction to the story.

Here, there has been no real direct reaction by President Trump. So, the media is now cackling about the following tweet he issued:

“Bob Iger of ABC called Valerie Jarrett to let her know that ‘ABC does not tolerate comments like those’ made by Roseanne Barr. Gee, he never called President Donald J. Trump to apologize for the HORRIBLE statements made and said about me on ABC. Maybe I just didn’t get the call?”

Press Secretary Sarah Huckabee Sanders thereafter poignantly noted several instances where ABC bosses could equally issue apologies. “Where was Bob Iger’s apology to the White House staff for Jemele Hill calling the president, and anyone associated with him, a white supremacist?” she questioned.

“To Christians around the world for Joy Behar calling Christianity a mental illness?” she further inquired.

But the mainstream media and special interest groups do not care about these very harmful verbal attacks. The hypocrisy is salient.

Also salient is how the press has gone into a frenzy in linking President Trump with Roseanne Barr, as if he is to be blamed for her statements. Of course, on its face, this guilt by association is farcical. President Trump is not at all responsible for distasteful, insensitive, and racist comments  made by others. More so, the president hardly knows Barr.

If the leftists want to go down the guilt by association road, they should revisit a real, super close relationship: the one between former President Barack Obama and the ultra-white-hating racist Reverend Jeremiah Wright. Obama sat in the pews of Wright’s church for several years, soaking up all of Wright’s vile anti-Caucasian diatribe. And Wright wasn’t just Obama’s pastor. He was his named mentor. He married the Obamas and baptized their children.

The hypocrisy of the left is indeed unabashed, and rich in contemporary accounts.