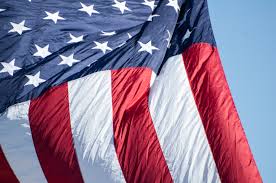 That was President Donald Trump’s reaction to the FBI raid of the residence and office of his personal attorney, Michael Cohen. Later, on Twitter, Trump declared, “Attorney–client privilege is dead!”

The President is right. The Sixth Amendment guarantees that “In all criminal prosecutions, the accused shall… have the Assistance of Counsel for his defense,” but who will want to be a defense lawyer now that counsels can apparently be prosecuted for protecting their client’s legal interests, for example, by settling legal claims with potential litigants? The Fifth Amendment guarantees that no person shall be denied of liberty with “due process” and the right not to incriminate oneself, yet by denying Trump the right to keep private legal counsel, he is being denied due process and privileged communications could now be used against him.

Now, supposedly, federal prosecutors are looking into the payment as some sort of in-kind contribution to the Trump campaign. But to prove it, federal prosecutors would have to show that the payment was “in cooperation, consultation or concert with, or at the request or suggestion of, a candidate’s campaign,” per the Federal Election Commission’s definition.

In a statement to the New York Times in February, Cohen had said, “Neither the Trump Organization nor the Trump campaign was a party to the transaction with Ms. Clifford, and neither reimbursed me for the payment, either directly or indirectly.” President Trump has since denied he was aware of the payment. But even if he was, candidates for public office do not cease to have legal rights to settle private claims unrelated to the campaign. Could the payment have been to protect the Trump campaign? Sure.

But it could have been to protect his marriage. His family. His professional reputation. There was no guarantee Trump would win the election. Disclosure of an extramarital affair could be damaging in a number of ways, and surely as Trump’s personal attorney, Cohen had the power to settle such a claim on Trump’s behalf before the election, after the election and in between. That’d be like saying Trump today could not settle a civil matter out of court in private because he has already announced his intent to run for re-election in 2020 because that would be an in-kind contribution. It’s preposterous.

Every American has a constitutional right to settle such legal disputes without courts getting involved. This was a civil matter.

A similar criminal complaint was brought against former Sen. John Edwards (D-Mass.) in 2011, and he was supposedly using actual campaign money to pay to cover up an affair, but nothing came of it. Edwards was found not guilty in 2012 of illegally obtaining donations. All other charges against Edwards were dropped after the jury came back dead-locked.

Cohen has been Trump’s attorney for 12 years. By seizing everything at Cohen’s home and office, that will surely include communications with Trump going back all those years. The matter was reportedly referred by Special Counsel Robert Mueller to the U.S. Attorney of the Southern District of New York.

It had nothing to do with Mueller’s “Russia” investigation — which seems to be about everything but Russia anyway — but if it turns up something that suits the Special Counsel’s investigation, surely it will be used by Mueller. It gives Mueller’s all the benefits of raiding Cohen without actually having to do it himself, and none of the risk.

In other words, if Mueller had something on Cohen to do with Russia collusion in the 2016 election, surely he would have gotten his own warrant to go after him. Instead, it was outsourced to another U.S. Attorney. Meaning, there was no collusion. Nothing to justify going at Cohen, so another pretext had to be developed for violating the President’s constitutional right to legal counsel. And even then, they may not have found what they were looking for, as now federal prosecutors are subpoenaing Trump Organization for documents related to the Clifford payment.

Which is not any surprise. The ends justify the means to these federal prosecutors and will do whatever it takes to take down Trump — which is what this is all really about.

The President explained, “I have this witch hunt constantly going on for over 12 months now — and actually, much more than that.  You could say it was right after I won the nomination, it started.”

Again, the President is right. Long before the election, the FBI initiated its investigation in the summer of 2016, when the Hillary Clinton campaign, DNC-paid for Christopher Steele dossier by Fusion GPS appeared alleging that Trump was a Russian agent.

That was the document Comey produced to then-President Elect Donald Trump on Jan. 6, 2017. By then, Trump and his campaign were under active investigation. Comey was setting the stage for a conflict between the Justice Department and President Trump.

That’s when the Justice Department crossed the Rubicon. It is hard not to wonder if former FBI Director James Comey was attempting to get fired all along?

Trump would later suggest that he thought Comey was attempting to leverage him with the dossier’s allegations and what turns out really was an ongoing investigation into Trump on the Russia question.

By Jan. 10, the story had leaked to CNN and soon the dossier was published by Buzzfeed.

Once Buzzfeed published the dossier the risk of exposure was ratcheted up — particularly the provenance of the dossier being paid for by the DNC and then pursued by the Obama Justice Department.

Trump’s personal attorney Michael Cohen, it turns out, had never been to Prague as the dossier had alleged. And if he wasn’t in Prague, then he couldn’t have been there colluding with Russian agents as was alleged. The dossier was a fraud. And it had led to a national security investigation into the Trump campaign, the opposition party, in an election year.

By that time, incoming National Security Advisor Michael Flynn had already been recorded having the conversation with Russian Ambassador Sergei Kislyak on Dec. 22, 2016 about sanctions by the lame duck Obama administration against Moscow. The FBI would ultimately question Flynn about the conversation on Jan. 24, 2017. That followed first the fact the conversation had occurred being leaked to the Washington Post and then the contents to contradict a denial by the incoming administration that sanctions had been discussed.

By Feb. 14, 2017, the New York Times was reporting that the Justice Department was actively investigating Trump and campaign officials for supposed contacts with Russian intelligence officials. When then-White House Chief of Staff Reince Priebus asked then-FBI Deputy Director Andrew McCabe to come forward and say the story was fake, after telling Priebus it was false, that was the first time the White House was accused of “obstructing” justice. The episode might prove that an obstruction case was what they had in mind to be built all along. They just needed Trump to interfere with the investigation in some more substantive way.

The end result, with Comey being fired, was then taken as the evidence that Trump had obstructed the investigation.

During the early months of 2017, Trump would ask Comey if he was under investigation, and Comey denied he was. When Comey was finally fired, something the President absolutely had the power to do, under recommendation by Deputy Attorney General Rod Rosenstein, Trump explained part of his reasoning included “I greatly appreciate you informing me, on three separate occasions, that I am not under investigation, I nevertheless concur with the judgment of the Department of Justice that you are not able to effectively lead the Bureau.” Then, Rosenstein appointed the Special Counsel.

It sure looks like the President was set up. And now, a year later, Mueller has not brought forward any case of President Trump colluding with Russia on anything. One-time campaign manager Paul Manafort was brought up on charges to do with his tenure advising former Ukrainian President Viktor Yanukovych in the 2000s. Flynn pled guilty to lying investigators. One-time campaign advisor George Papadopoulos pled guilty to lying to investigators. So far, no collusion.

And in the meantime, it could be putting U.S. national security at risk.

Americans for Limited Government President Rick Manning called the raid in a statement a “trivial distraction in dangerous times,” noting that “the President is dealing with talks to denuclearize North Korea, the Syrian chemical weapons attack, trade issues with China and potential Russian encroachments into Ukraine. The distraction that Mueller’s headline-seeking antics create over trivial matters are no longer in U.S. national security interests. We need President Trump fully focused on the real problems facing our nation. It’s time for Jeff Sessions to swat the gnat that is Mueller and put the Special Counsel investigation to rest. Our nation’s security demands it.”

It is hard to imagine how any other President except Trump could keep governing robustly while this absolute undermining of the office is continuing.

This is Constitution-breaking stuff. The Justice Department is utterly out of control. This is why the Framers thought there should only be one president at a time.

In Federalist No. 70, Alexander Hamilton wrote of the unitary executive in the Constitution as “essential to the steady administration of the laws” and to “the security of liberty against the enterprises and assaults of ambition, of faction, and of anarchy.” It was deemed necessary preventing factions within an executive branch vying for power and executing laws against each other, which was the plague of the ancient Roman Republic with its dual consul system.

In short, by crossing this legal Rubicon, Mueller and company have put national security in danger, the Bill of Rights in jeopardy and the office of the Presidency itself at risk. It takes on the appearance of attempting to overturn the will of the American people who voted to elect Trump in 2016.

Similarly, Justice Department memoranda from 2000 and 1973 affirm the idea that a president cannot be indicted for a crime by the Justice Department because “the indictment and criminal prosecution of a sitting President would unduly interfere with the ability of the executive branch to perform its constitutionally assigned duties, and would thus violate the constitutional separation of powers.” Only Congress can prosecute a sitting president via the constitutionally prescribed impeachment.

Yet today we have an ongoing investigation into the President by a part of the executive branch, a faction that has seized power, a malady that Article II’s unitary executive was supposed to cure. The investigation has always been an unconstitutional abomination the moment it was carried over into Trump’s Presidency, and now it is absolutely violating the President’s constitutional rights by piercing his attorney-client privilege. National talk show host and constitutional scholar and attorney Mark Levin on April 9 called the damage being inflicted on the Constitution by this investigation “irreversible.” So, yes, it is absolutely an attack on our country, and as the President stated, “an attack on what we all stand for.”