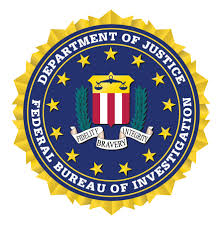 The FBI today dispatched numerous press releases, detailing a bevy of arrests, indictments, and convictions it has recently made throughout the State of New York. The list is of collars is impressive. One release told of the following:

“An Indictment charging Gholamreza Rafatnejad, 38; Ehsan Mohammadi, 37; Abdollah Karima, aka Vahid Karima, 39; Mostafa Sadeghi, 28; Seyed Ali Mirkarimi, 34; Mohammed Reza Sabahi, 26; Roozbeh Sabahi, 24; Abuzar Gohari Moqadam, 37; and Sajjad Tahmasebi, 30, all citizens and residents of Iran, was unsealed today.  The defendants were each leaders, contractors, associates, hackers-for-hire or affiliates of the Mabna Institute, an Iran-based company that, since at least 2013, conducted a coordinated campaign of cyber intrusions into computer systems belonging to 144 U.S. universities, 176 universities across 21 foreign countries, 47 domestic and foreign private sector companies, the U.S. Department of Labor, the Federal Energy Regulatory Commission, the State of Hawaii, the State of Indiana, the United Nations, and the United Nations Children’s Fund.  Through the defendants’ activities, the Mabna Institute stole more than 31 terabytes of academic data and intellectual property from universities, and email accounts of employees at private sector companies, government agencies, and non-governmental organizations.  The defendants conducted many of these intrusions on behalf of the Islamic Republic of Iran’s (Iran) Islamic Revolutionary Guard Corps (IRGC), one of several entities within the government of Iran responsible for gathering intelligence, as well as other Iranian government and university clients.  In addition to these criminal charges, today the Department of the Treasury’s Office of Foreign Assets Control (OFAC) designated the Mabna Institute and the nine defendants for sanctions for the malicious cyber-enabled activity outlined in the Indictment.”

“Geoffrey S. Berman, the United States Attorney for the Southern District of New York, announced that MICHAEL SCRONIC, a former hedge fund manager, pleaded guilty today to securities fraud before U.S. District Judge Cathy Seibel.  SCRONIC admitted as part of his plea that he had defrauded the 45 investors in his Scronic Macro Fund of more than $22 million.

“Manhattan U.S. Attorney Geoffrey S. Berman stated:  ‘Michael Scronic lied about the performance of his investment fund, telling investors that his returns were as high as 13 percent.  But, in fact, his fund was wholly unsuccessful, resulting in millions of dollars in losses.  And what wasn’t lost in the market, Scronic used for his own personal expenses.  Now he faces significant time in prison for his fraud.’

“According to the allegations contained in the Indictment and other court documents, SCRONIC, raised more than $22 million from 45 investors in the Scronic Macro Fund (the ‘Fund’) from April 2010 to the October 2017.  SCRONIC told investors that the Fund had positive returns in all but one of the 22 quarters from January 2012 through June 2017, with the highest reported quarterly return being 13.4 percent in the fourth quarter of 2014.  In reality, the Fund lost money in 28 out of 29 quarters of its operation, with a total net loss of about $15.7 million before commissions.  The Fund’s only positive quarter was its first quarter of operation in 2010.”

“Geoffrey S. Berman, the United States Attorney for the Southern District of New York, announced that JAMEL UPSON, a/k/a ‘Flynt,’ was sentenced today to 40 years in prison for racketeering offenses arising out of his participation in the ‘Boss Playa Family’ or ‘BPF’ street gang based in Mount Vernon, New York, including the murders of two members of a rival gang in 2008.  UPSON pled guilty to a Superseding Information on October 5, 2017, before U.S. District Judge Kenneth M. Karas, who imposed today’s sentence.

“U.S. Attorney Geoffrey S. Berman said:  ‘Jamel Upson lead a gang that posed a grave threat to the people of Mount Vernon.  Upson has admitted to personally slaying two rival gang members in the course of gang activities.  Jamel Upson’s disturbing indifference to the lives of others has been met with a fittingly stiff prison sentence that will take him off the streets for 40 years.’

“According to the Superseding Information, the Indictment, other documents filed in this case, and statements made during court proceedings:

“UPSON was the leader of the BPF street gang, a criminal enterprise that operated in the Mount Vernon area from approximately 2007 to 2014.  BPF members sought to increase the gang’s power, protect and expand its territory, and enrich its members through an array of criminal activities, including shootings, assaults, larcenies, arson, and the distribution of cocaine and marijuana.  In particular, BPF sought to assert its dominance over rival Mount Vernon street gangs, principally the ‘Goonies’ gang, through acts of violence including numerous shootings.”

And a different release told:

“Earlier today, a federal grand jury in Brooklyn returned a four-count indictment charging 18th Street gang members and associates Yanki Misael Cruz-Mateo, Israel Mendiola Flores and Sergio Gerardo Herrera-Hidalgo with murder conspiracy and the October 25, 2017 murder of a fellow 18th Street gang member who was suspected of being an informant for law enforcement.  A fourth defendant, Cristian Perez, was indicted for helping Cruz-Mateo to evade capture by law enforcement after the murder.  Cruz-Mateo also faces firearms-related charges.  Cruz-Mateo, Herrera and Perez are in federal custody.  Flores is in custody in Ulster County, New York.  The defendants will be arraigned on the indictment at the federal courthouse in Brooklyn on a date and time to be determined.

“‘As alleged in the court filings, these defendants committed and concealed a brutal murder against one of their own members because they suspected he had been cooperating with law enforcement,’ stated United States Attorney Donoghue.  ‘Violent street gangs like 18th Street perpetuate bloodshed to maintain allegiance and increase members’ status within the gang. This Office is committed to working with our federal, state, and local law enforcement partners to eradicate these destructive gangs.’ Mr. Donoghue also expressed his appreciation to the United States Attorney’s Office for the Northern District of New York, the New York State Police and the Kingston Police Department for their assistance during the investigation.”