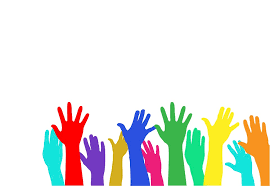 The New Jersey Bar Association (hereafter referred to as “NJSBA” or “the Association”) will conduct a general membership vote on an update to its bylaws from March 22-29, 2018.  The proposal has already been approved by the Board of Trustees and will empower the NJSBA’s Judicial and Prosecutorial Appointments Committee (JPAC) to have a role in reviewing bench and prosecutor candidates.  Beginning with Governor Richard J. Hughes, 45th Governor of New Jersey from 1962 to 1970, the NJSBA has entered into a Judicial Compact with the governor’s office to review candidates in a non-partisan process.

On March 12, 2018, Governor Phil Murphy signed the Compact, which ensures that each county maintains a representative on JPAC.   Additionally, the revision to the Association’s bylaws would add three at-large members from underrepresented groups in the legal profession.  The diversity of New Jersey’s citizens requires a legal system to be equally inclusive.  As indicated by NJSBA President Robert B. Hille:  “The NJSBA’s role in the process protects and promotes a fair, impartial and independent Judiciary, which is a hallmark of the rule of law in a vigorous democracy. Our JPAC conducts an extensive investigation into a lawyer’s qualifications to serve as a justice, judge or county prosecutor. That investigation includes interviewing judicial and personal references, as well as reviewing a list of matters the person has handled. During the past 49 years, the committee has reviewed thousands of candidates with the purpose of providing information, insight and guidance to numerous governors to evaluate the candidates who will preside in the state’s courts and prosecutor offices.”  The results of the bylaw revision vote will be one to watch.