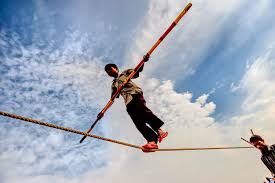 On March 13, 2018, Governor Phil Murphy addressed a joint session of the New Jersey legislature to announce his first state budget for fiscal year 2019.  He must balance his campaign promises with fiscal responsibility.  Governor Murphy’s spending plan:

The budget appropriations total $37.4 billion with a projected surplus of $743 million.  Governor Murphy must work with the Legislature to enact a budget within the 110 day (constitutional deadline). http://www.state.nj.us/governor/news/news/562018/approved/20180313c_budget.shtml

Not all of the legislators agree with Governor Murphy’s plan.  According to New Jersey Senator Steve Oroho (R-Sussex, Warren, and Morris), “Increasing taxes to avoid fiscal discipline will set us on a path backwards.  New Jersey has many challenges that need to be met, but a return to tax and spend governance will hurt taxpayers and our economy, and will make us less competitive among our peer states.”

Senator Oroho is a Certified Financial Planner with extensive tax reform experience.  He stated, “As a member of the Senate Budget Committee, I plan a full review of Governor Murphy’s budget proposal,” He added, “I believe Governor Murphy is sincere in his effort to create a stronger New Jersey, however, from what I’ve heard today, I am very concerned that we are only adding to our reputation as a state where it is a real challenge to run a business and to live and raise a family affordably.”