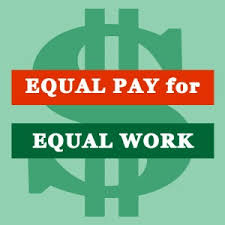 Rutgers University Chancellor Haddon advised women entering the workforce:  “You need to give yourself an opportunity to experiment and imagine yourself in different roles.  I migrated with my family from the South when I was about five years old. My father was a dentist and my mother was a ‘Hidden Figure’ who ran a NASA computer. It was the challenge of finding good jobs and good educational opportunities that drove my family to New Jersey. Later, my mother became a guidance counselor to show students that anyone could have a job and shape a path like she did.”

As explained by First Lady Murphy, “In 1963, President Kennedy signed the Equal Pay Act, which was intended to prohibit wage discrimination based on sex. Yet fifty-five years later, serious disparities persist. Women today earn, on average, only 82 cents for every dollar a man earns. For African-American women, it’s just 58 cents, and if you’re a Latina, it’s only 43 cents.”

“With Governor Murphy and Lt. Governor Sheila Oliver, I am committed to securing for every woman in New Jersey the right to earn her fair share: 100 cents on the dollar. In 2018, we must do better, for all the women of the great state of New Jersey and their families” concluded First Lady Murphy.

New Jersey Assemblywoman Gabby Mosquera, Chair of the Women and Children Committee, stated that “Everyone has the right to the opportunity to have a shot at the America Dream and, as a legislator, it’s my job to help each other to ensure the success of women and families.”

In addition to this event in District 1, Congressman Norcross has facilitated discussions on a variety of topics including gun safety in schools and the devastating effects of addiction.

Sherri Ruggieri is the managing editor of Empire State News.  A practicing attorney for over 20 years, Ms. Ruggieri is also chairperson of Edison Township’s Planning Board. Additionally, she has served as a college professor, with nearly a decade of experience in teaching law and political science courses.