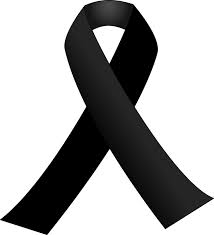 Yesterday’s tragedy in Florida has raised again the very real danger of mass shootings in schools.  There is an expectation that administration, faculty, and students will be safe in this environment.  On the news, one mother was screaming for President Trump to do something more than offer his condolences.  The problem is that more layers of gun control (federal and state law) would not have stopped this shooter.  He had gone through the process and legally had access to his gun.  Tougher gun control laws do not stop illegal weapon possession either. The other side of the gun control debate involves better mental health screening.  However, human behavior is so difficult to predict.

Should there be security with guns at schools and other public places?  Would this threat really deter someone with mental health issues?  Does increasing access to guns make society more or even less safe?  How could we go back in time and prevent this “theft” of human life? The shooter has stolen the future for his victims as well as their family and friends.  The rule of law doesn’t seem to have a way to stop this senseless violence.

SNOR is a dreamer and world watcher who has more questions than answers.